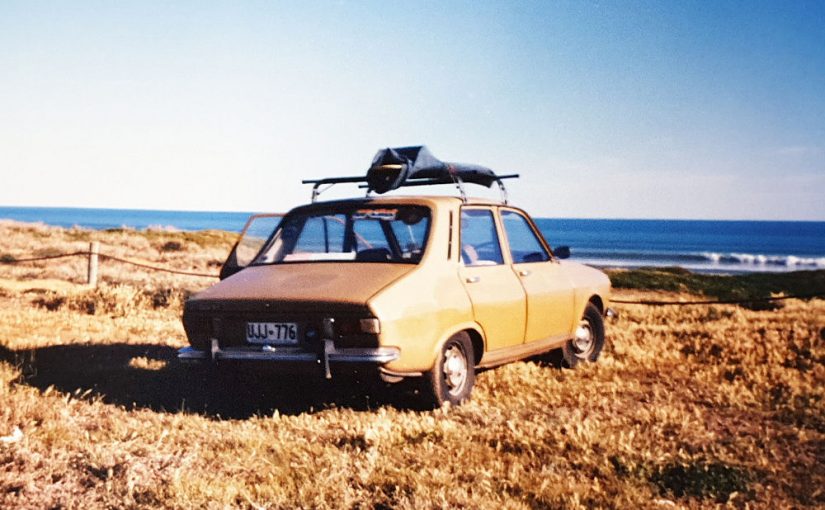 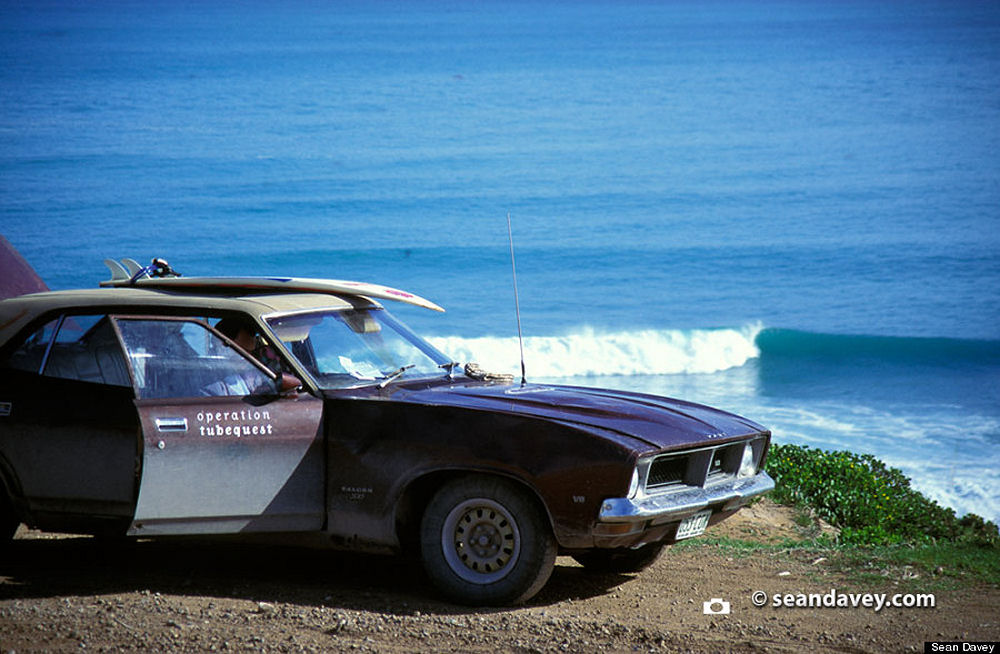 Who recalls “the thumb”?

Do you even know what I’m talking about? The thumb is old-timer stuff, a gesture of yesteryear, a token of recognition and kinship. A lost token.

The first time I spotted it was on the Goolwa road, in the final minutes of the long drive South from the Northern suburbs where I lived in the early 80’s. A bearded bloke in a faded, rust-stained HQ Holden station wagon held his hand above the steering wheel as we passed, making a thumbs down motion. My mate in the passenger seat saw it. “What’s that guy on about?”, he asked everyone else in the car. I saw it too, but I was equally clueless.

Moments later we pulled up in the Goolwa car park, to find a 15-knot sou-easter, and murky water dappled with a disgusting looking brown scum we’d later come to know all-too-well. The surf looked utterly dreadful, 2 – 3 foot of brown, shapeless foam and a distinct but unpleasant whiff carried by the cross-onshore breeze. But we suited up and paddled out anyway, because, well because you did… and it might be two weeks before we got back down there again. And it was terrible but we had fun anyway, and we consoled ourselves with a feed at the Goolwa fish and chip shop afterward. 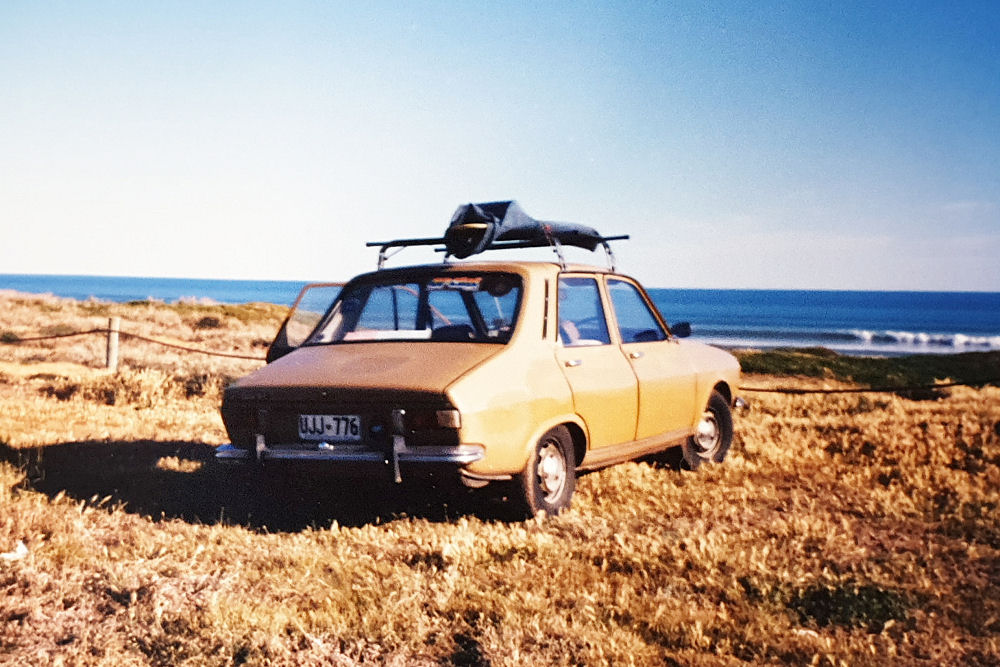 On the way home we saw a Falcon station wagon with a couple of boards on the roof headed toward Goolwa, and my quick thinking mate held up his hand, thumb pointed toward the floor. The Falcon driver acknowledged us with a barely perceptible lift of his index finger off the wheel. That day, something clicked.

One subsequent trip we headed to Middleton, and as we pulled onto Flagstaff Hill Rd, two dudes in a Hiace Van coming the other way were clearly frothing. The driver took both hands off the wheel for a double thumbs-up, and the passenger was positively bouncing off the seat like Iggy Pop on Countdown. Immediately we started hooting and mind-surfing what we hoped would be an epic afternoon of waves.  We headed straight to the Bay, to find a 15 knot Nor-wester and heaving closeouts cleaning up the 20 guys out there every 4 or 5 minutes. There was a crazy sweep running toward Goolwa and nobody could stay put. A kneelo caught a screaming left-hander, but he paid dearly for not kicking out in time and was dragged mercilessly over the rocks East of the keyhole. We watched him stagger back up the path like the walking wounded, red wine oozing from a gash in his forehead. We’d never seen it break like that before. We tried to get out at Day St, but after the 280th duckdive and the third wash-in, we all gave up. As always, the Middleton Fish and Chip shop was waiting for us.

Over the years I gave and received the thumb, always on the drive South but also many times on the Daly Heads Road or coming into Stenhouse bay. There was nothing like heading up the rise from the Ranger Station and getting the thumbs up from a carload of frothers coming the other way. Moments later you’d behold Chi’s winding off mechanically at 6 – 8ft. The thumb was part and parcel of those early days… but then… one day it wasn’t. It’s hard to say what changed, or exactly when… but for some reason, and in a short space of time “the thumb” just stopped being a thing. I think I made some half-hearted efforts in the late 90’s, but most people I passed didn’t even acknowledge me. Eventually, I just stopped, probably much later than everyone else did. 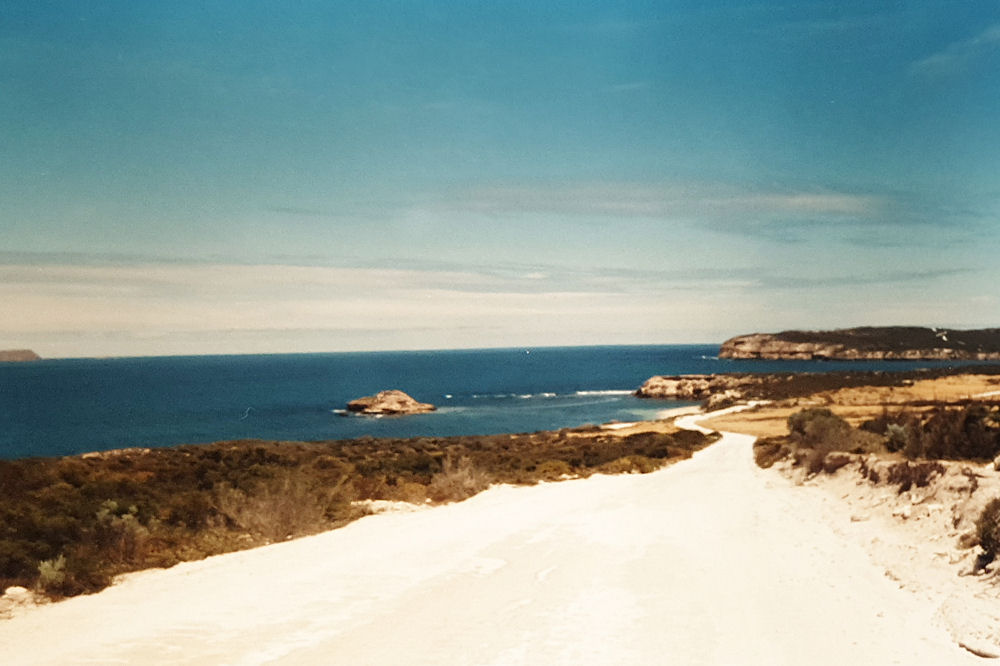 Many times I’ve speculated on the demise of “the thumb”, but I can’t really pin it down to any one thing. Once upon a time, a surfer’s car was easy to spot because carrying surfboards and surfers around was the vehicle’s prime directive. Now every second car is a near-identical looking SUV that may or may not have one or more boards inside. Once upon a time spotting a fellow surfer was quite a novelty, a cause for a mini-celebration of sorts regardless of how cool you tried to appear outwardly. Now EVERYONE surfs. Or at least claims to. Or used to. Has that in turn made surfers more selfish? Maybe… or maybe it’s the sheer logistics of giving a thumbs up to 374 cars between The Middleton IGA and the Old Noarlunga turn-off on an average Sunday in January. Maybe the fall of the thumb is in response to the rise of the “shaka”, which became the go-to surfer gesture by the late 80’s. Maybe it just became plain uncool and fell from fashion.

In any case, the thumb has probably gone forever, and I think we lost something with it. We lost a sense of brother/sisterhood, and a mutual mark of respect. We lost a free, unselfish sharing of stoke or commiseration from someone else who “gets it”. I’d go so far as to say we gave up on a tradition.

I’m glad I gave out as many as I got, so if you ever chucked a thumbs up my way, then thank you, brother or sister!

Surfsouthoz was launched in 2000 to try and tap into a sense of community and the shared surfing experience, check out surfsouthoz VIP to see where we are now! Get SA’s longest running and most reliable surf report delivered fresh to your inbox every morning, as well as two forecasts a week and much, much more. Go to vip.surfsouthoz.com.au/welcome 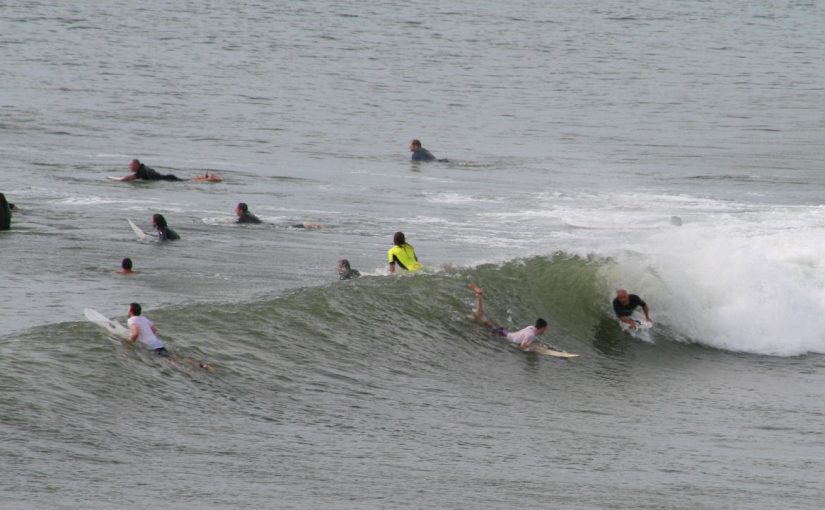 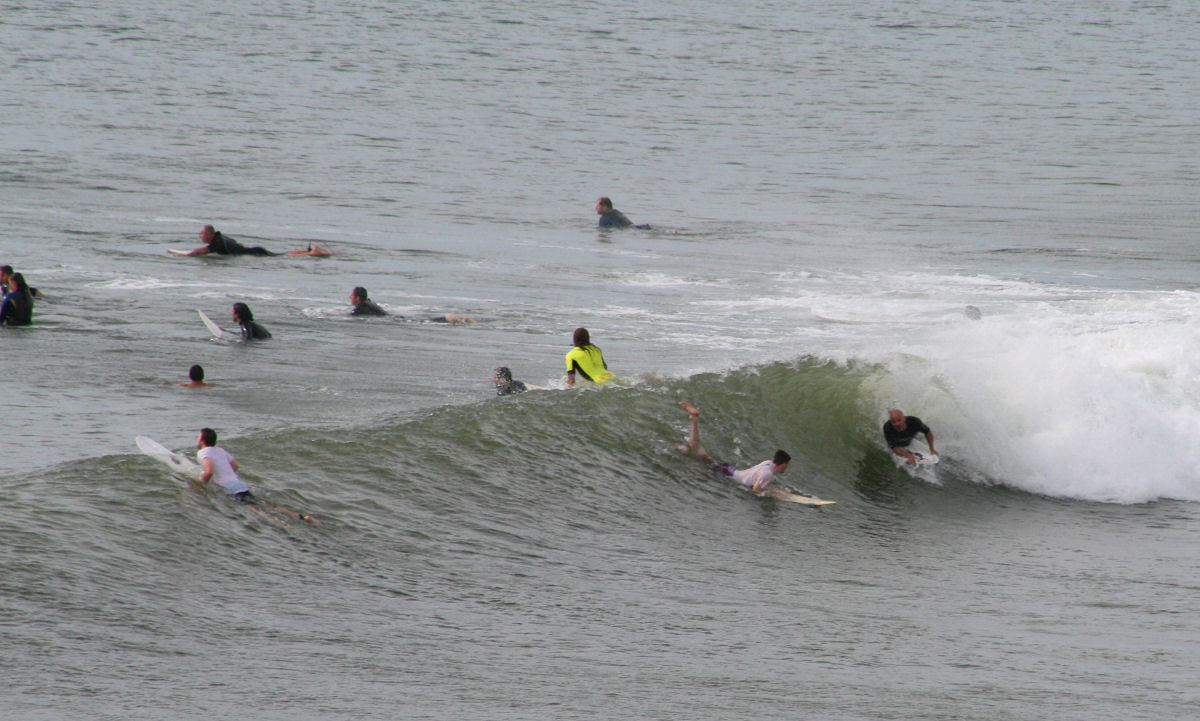 It’s taken three weeks, but South Oz surfers are finally perched on the edge of the first decent weekend of surf and weather we’ve seen in 2021. After a historically dismal run of wind and swell, you had better believe pretty much every single surfer in SA who can get to the coast for a much-needed fix over this faux long weekend, will.

As welcome as this news might be, the reality of it means you’re going to have to deal with crowds. Boat-towing Pajeros jostling for a pump at the On The Run. Queues of weaving SUV’s with surfboard stacked roof racks, pinned behind clapped out Wicked Camper vans. Endless bakery lineups for watery, tepid coffee.

And of course… crowded surf breaks.

With that in mind, you might ask yourself if there is anything you can do to minimise your frustration and maximise your joy. The good news is there is, so here are my top tips for dodging the hordes.

I know it somewhat defeats the purpose when you’re jostling for free spots in the Waits car park with guys who slept in their cars, but the old adage about the early bird still applies. There are plenty of reasons why most people are not in the water well before sunrise – kids, work, distance, and of course, sharks.

Disconnect from the Hive Mind

If you do what the herd does, you get what the herd gets, and as we well know… not everyone gets an equal share. Have a think and listen to the chatter online ( and offline ) about where everyone seems to be going… and go somewhere else. There may be more waves and even better waves where the crowd is, but if everyone is getting in everyone else’s way, very few will enjoy it. Wander away from the hordes and enjoy the peace, and often, the reward for your extra effort.

Now this one is a bit counter-intuitive but hear me out. The crowd usually maxes about 2 hours after sunrise, for a number of reasons. A couple of hours later, you can often find a quiet gap when everyone has been out and is now queued up at the bakery. You might be hedging your bets a bit with an afternoon sea breeze, but on days of mostly light winds, it can be a rewarding strategy. Bonus points for sleeping in.

Beach breaks tend to naturally spread out crowds, but most crew will head for the bank that looks most reliable / stable. Pick somewhere up the beach that’s not breaking as well or as often as the primo bank, and you will probably get more waves and less aggravation. Bonus points if the tide changes and it turns on for half an hour, because it’ll be all yours.

If there’s a chance the conditions might still be OK the day after, you’re likely to find less than half the crowd on it.

This story was brought to you by surfsouthoz VIP, where we know crowds suck! That’s why we built a restricted membership online surf community, with reports, forecasts and information made in South Australia. If it sounds like your sort of thing, check out out vip.surfsouthoz.com.au/welcome. 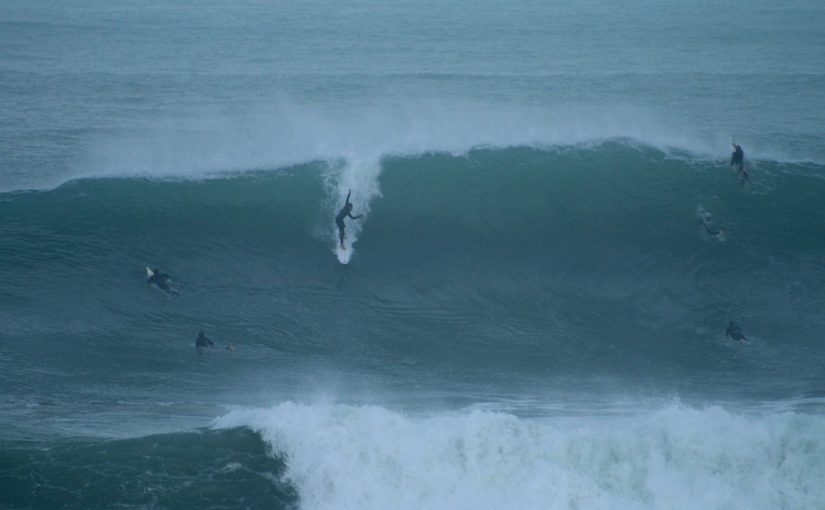 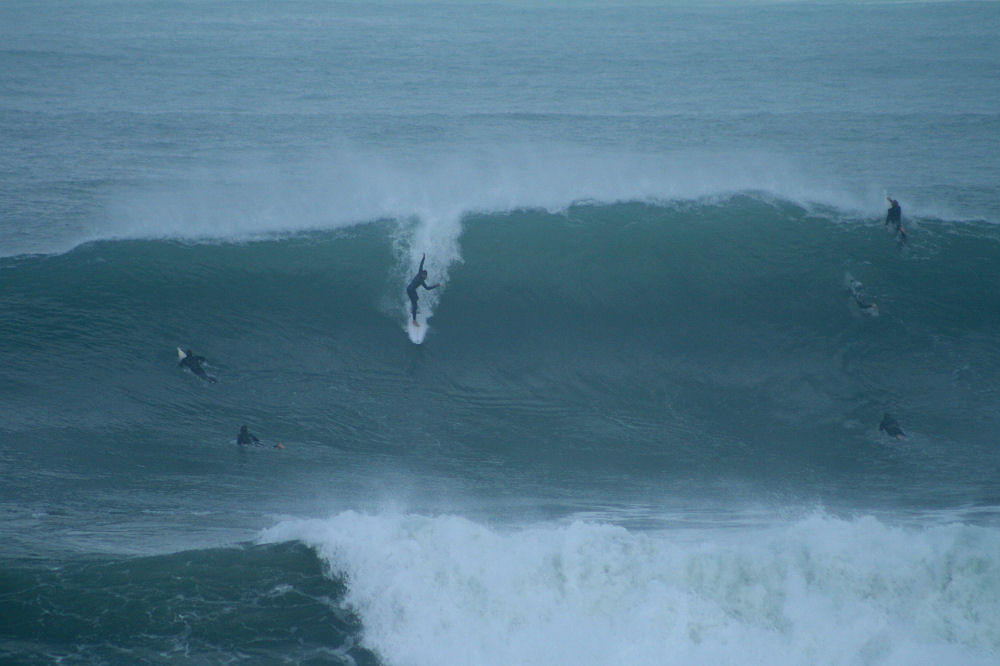 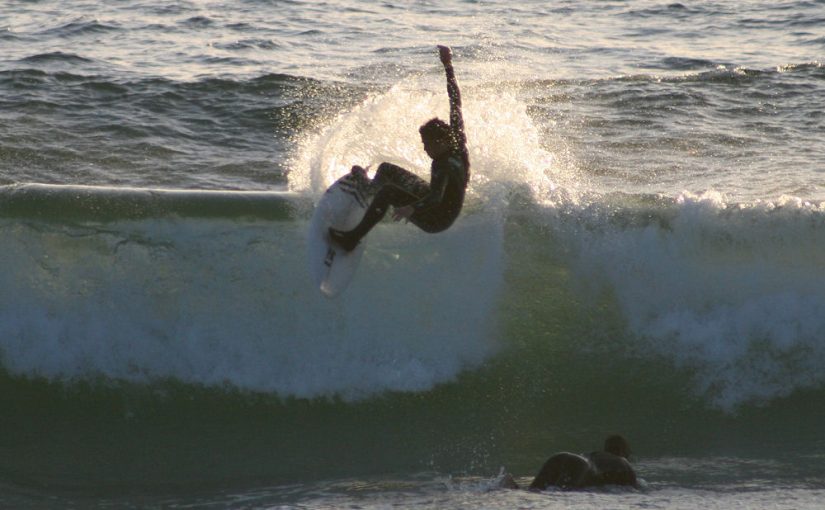 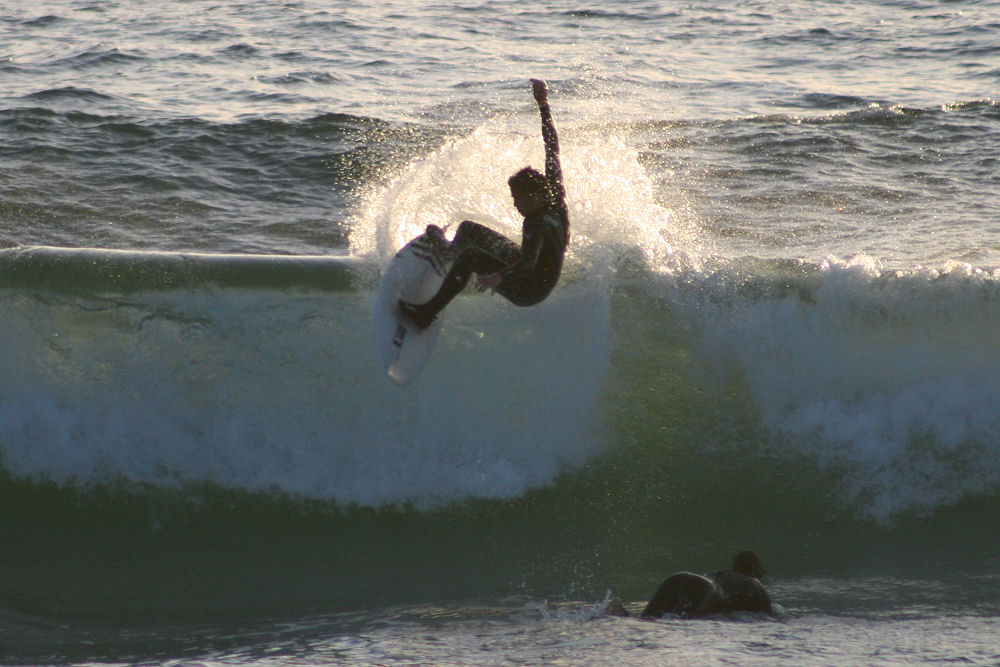 Surfsouthoz is now a VIP subscription website. You can join here:

Surfsouthoz is now a VIP subscription website. You can join here: 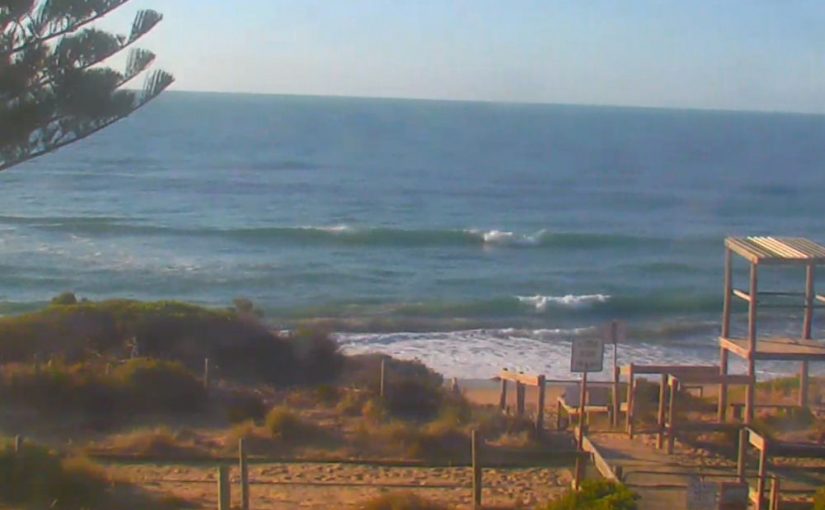 ** AN IMPORTANT MESSAGE ABOUT THE FUTURE OF SURFSOUTHOZ, PLEASE READ! **

Southerly winds overnight have left a bit of a wobble, but winds are light from the East and it’s glassy on the South Coast early. The swell is still marginal with surf around 1 – 2′ along the Middleton- Goolwa stretch. Waits and Parson’s will be slightly bigger, Parson’s will favour the wind. By late morning the onshores should be back and up around the 17 knots mark by early arvo. It’ll resort to small mush after that and stay that way until sunset. Check the latest surf forecast to see if the Xmas lead-up looks any better. 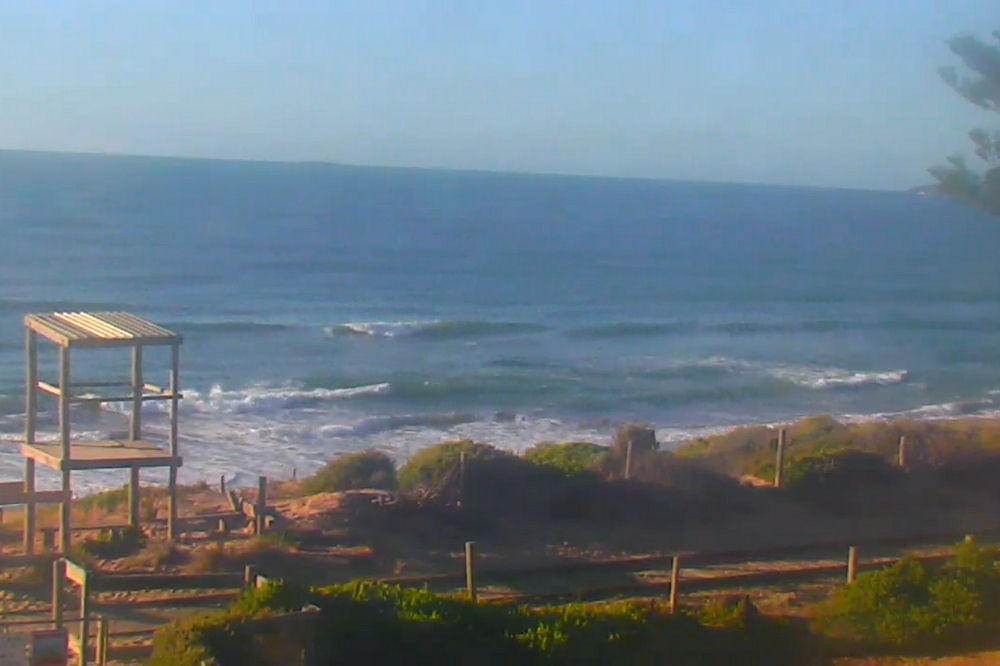 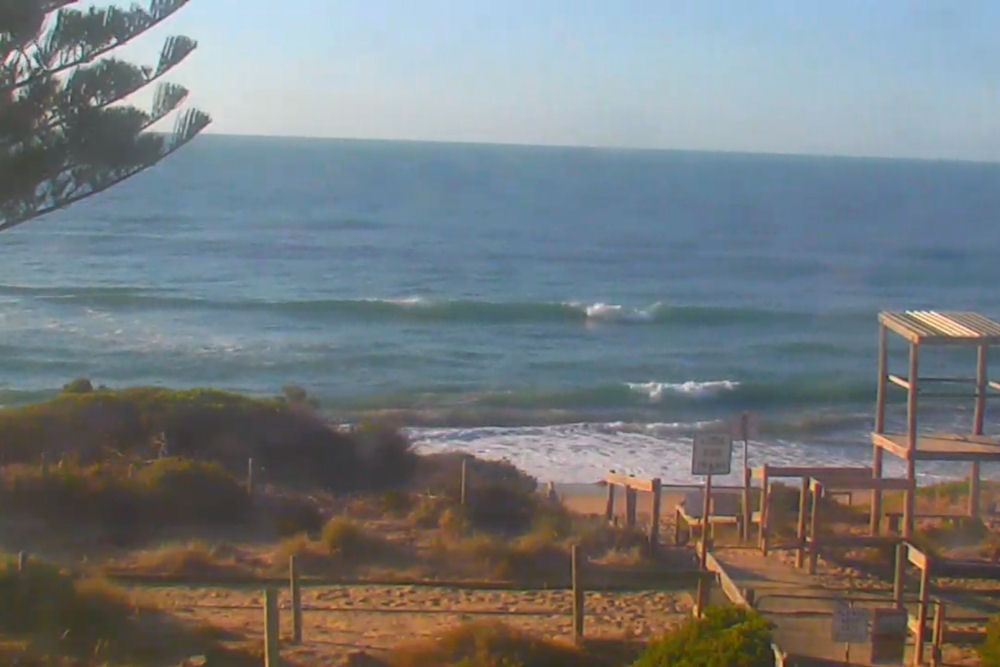 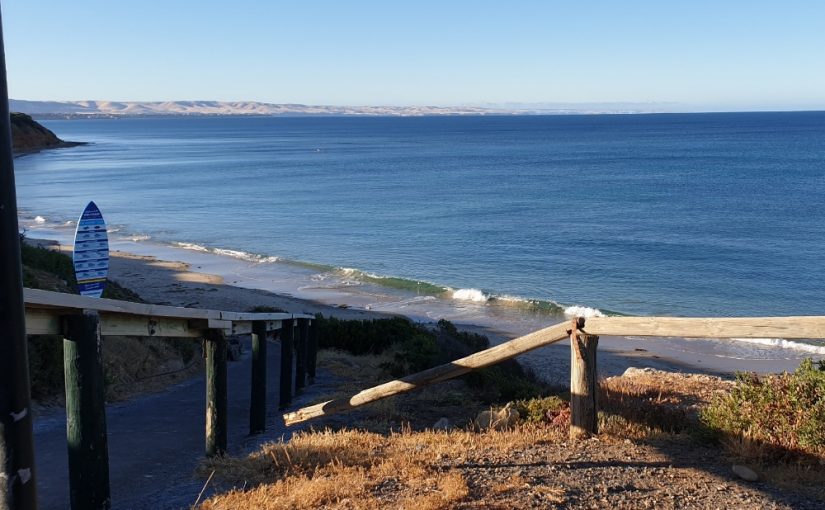 ** AN IMPORTANT MESSAGE ABOUT THE FUTURE OF SURFSOUTHOZ, PLEASE READ! **

Conditions are clean on the Mid Coast early with light East winds, but as you’d expect… it’s flat again. High tide at 0715 is a biggie, not that it matters with zero swell hitting the full-tide reefs. The outgoing tide after 0830 won’t change anything, but again the low tide early arvo will expose a lot of reef. The usual sea-breezey southerly should have kicked in by then, and the arvo will only offer small chop. High tide is 7:44pm, and by then the wind should be back to the SE. It’ll still be flat. Check the latest surf forecast to see if the Xmas lead-up looks any better. 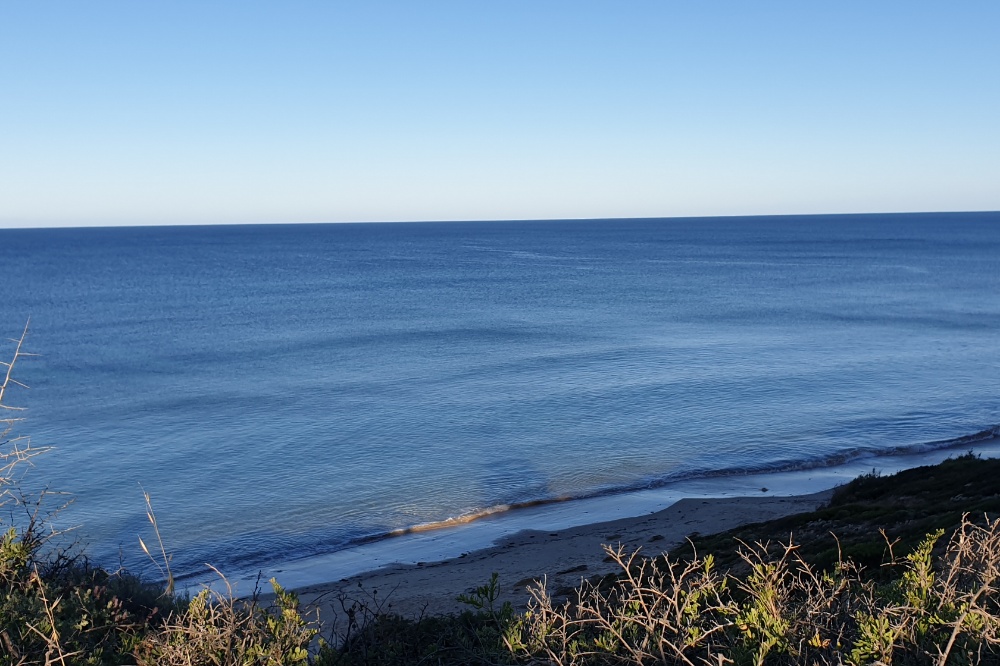 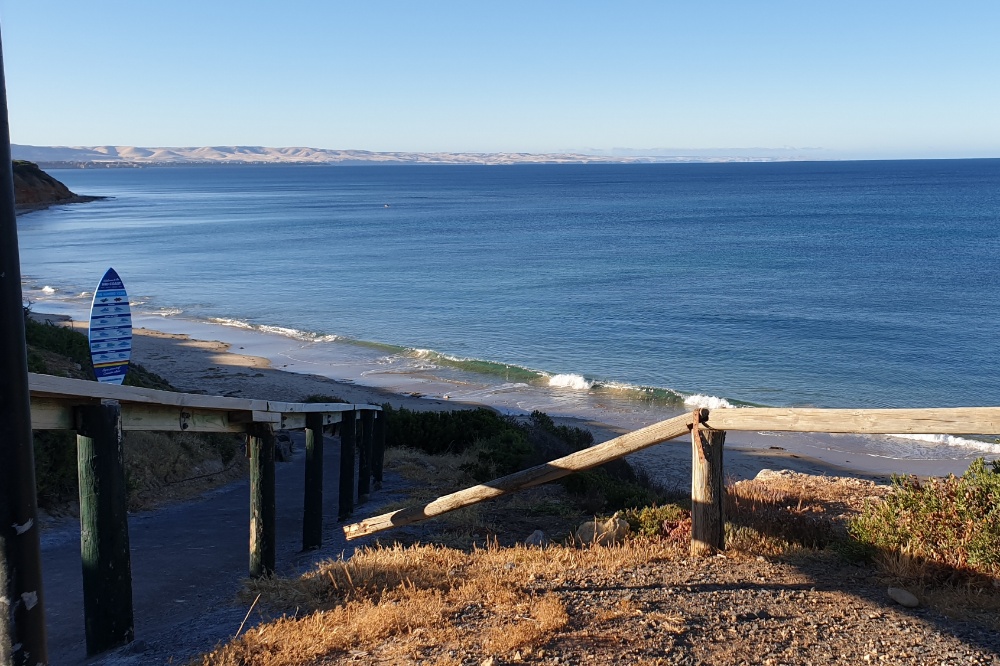