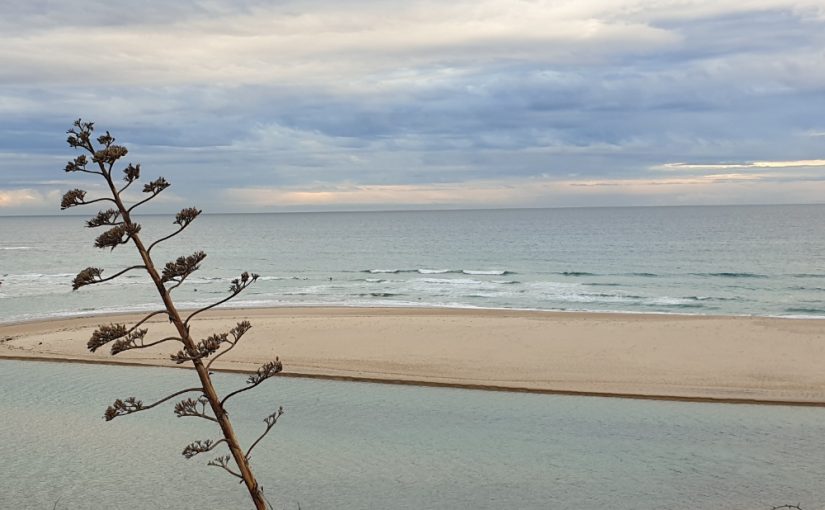 10 knot North winds have added a slight wobble on the Mid Coast again this morning, and a weak trough dropped about 0.001mm of rain at some stage overnight. The swell is small again and waves are around 1′ on a few of the reefs, coming up to high tide. The outgoing tide and 10 -15 knot North winds won’t help it much mid-morning, but low tide just after lunch might deliver a few small peelers to South Port and Trigs. The incoming tide may see a minor lift in size after 2pm, but again it’ll fill up fast and be very full and fat after4:30pm. The wind should ease off again later, and may be back to 5 knots from the NE by mid arvo. Might be enough for a late slide on your log of choice. Check the surf forecast to see how the weekend is looking. An update is due tonight. 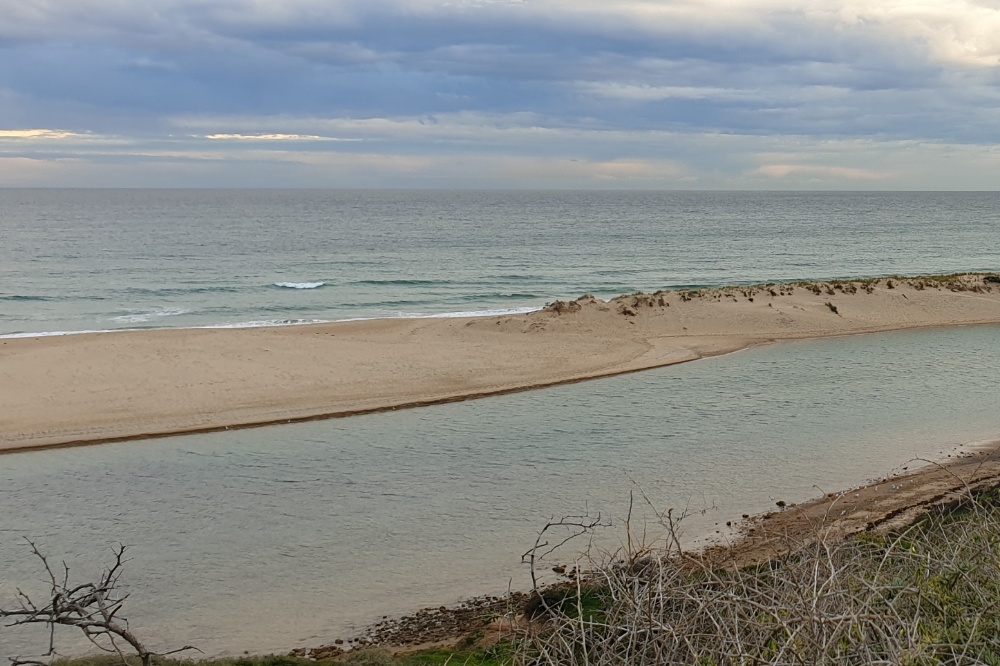 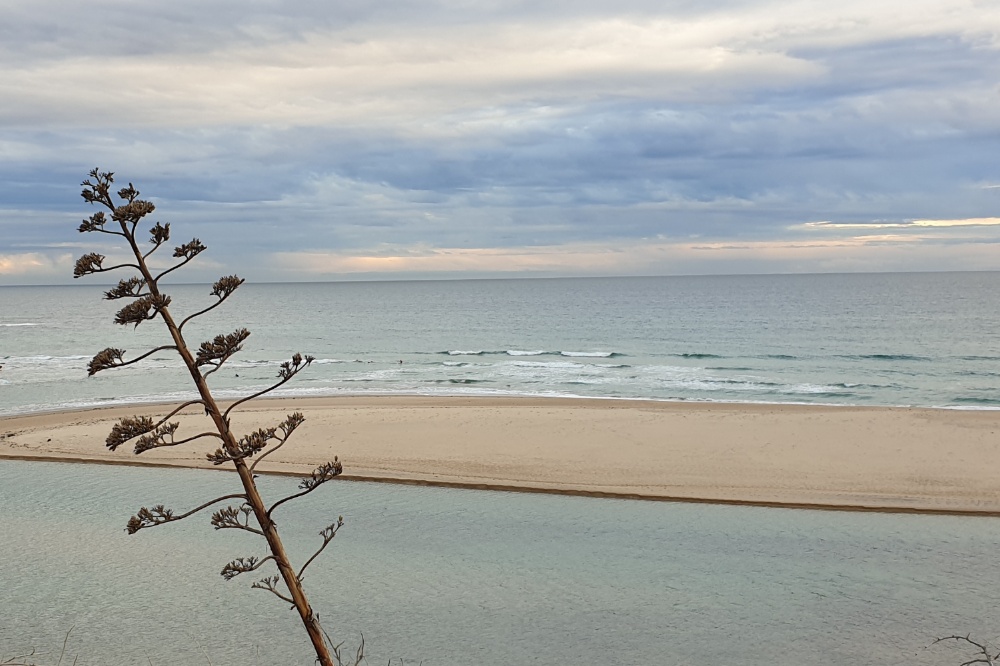 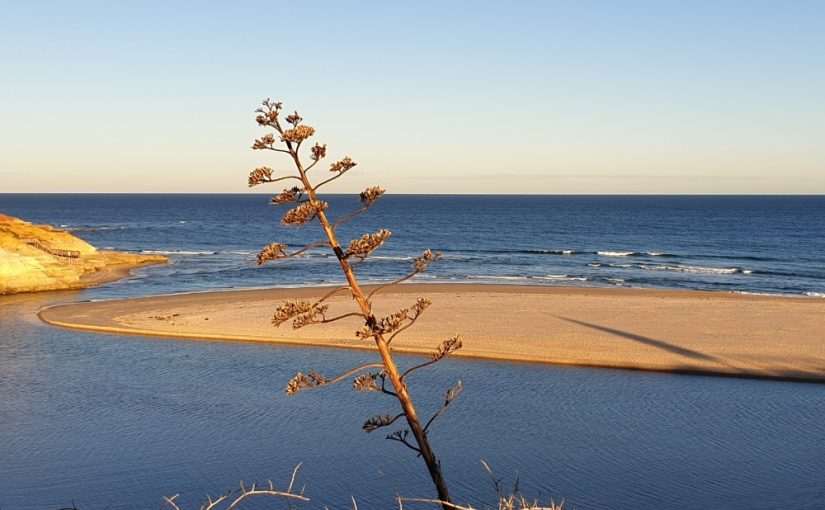 The wind is from the North at 10 knots on the Mid Coast early, adding a slight wobble to the surface. There’s not much on offer again this morning, just a few lines of WSW swell and occasional 1′ sets breaking on some of the reefs. High tide is at 0630, then it’s heading out until low tide at midday. The wind will start to pick up not long after sun-up, and settle into a 15 knot Northerly for the rest of the day. The breeze will maintain bumps, so low tide spots aren’t looking great at lunchtime. The swell should kick a bit on the incoming tide, but it will get slapped down by the high tide after 4pm. Maybe a few waist high sets mid arvo with Northerly lumps. Check the latest surf forecast to see how the next few days are shaping up. 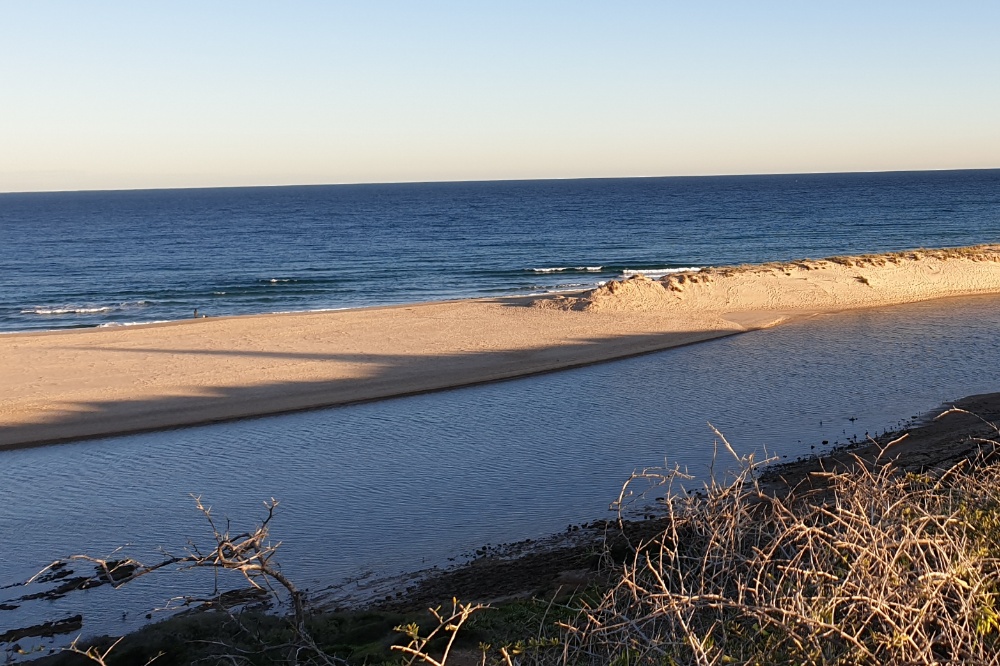 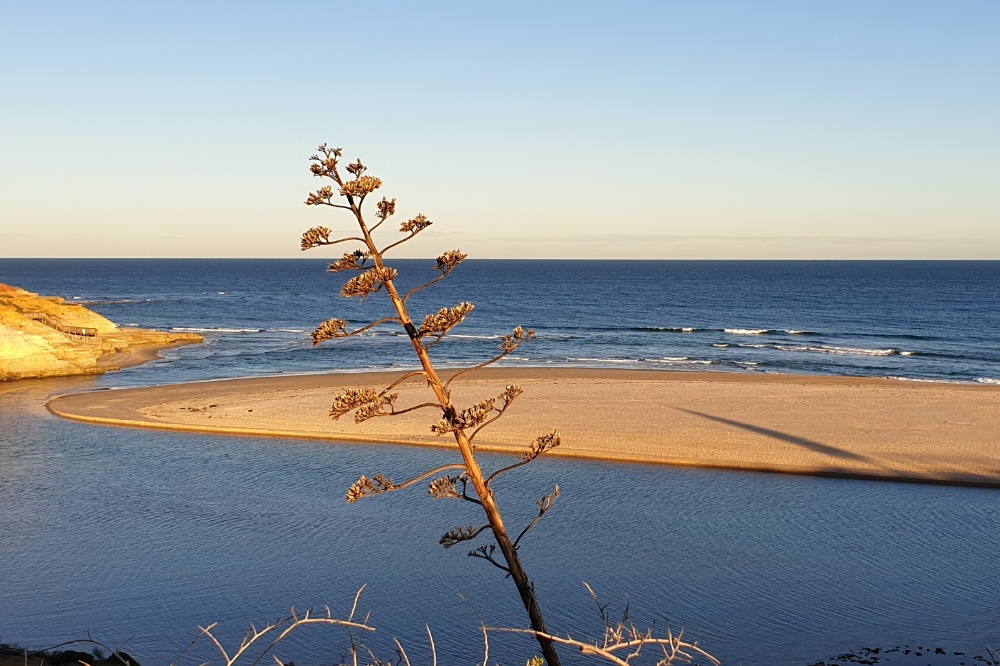 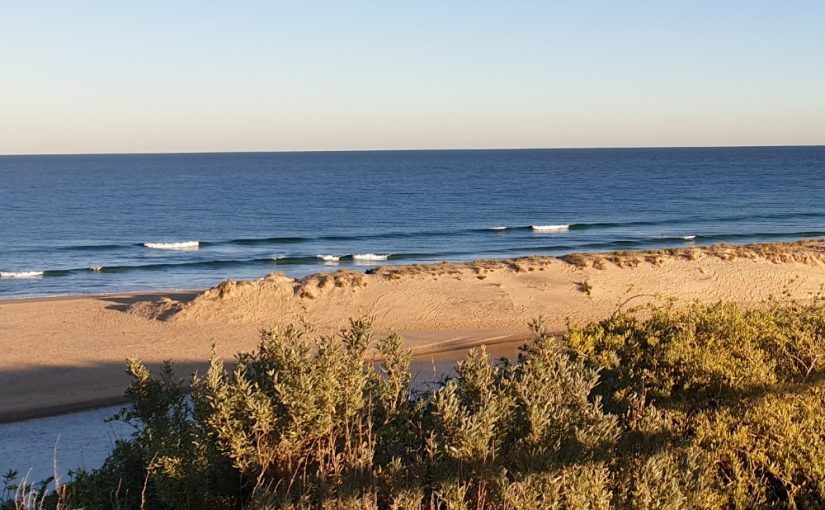 There’s no wind and conditions are clean and glassy on the Mid Coast again this morning, with small lines of swell. Surf is around 0.5 – 1′ on the reefs and about the same as the last couple of days, with the tide heading out. There’s a slight wobble in the swell, and it looks like a Northerly will probably kick in not long after sunrise. Low tide at 1130 will only provide small bumps at South Port and Trigs, and the incoming tide most likely won’t lift it much… if at all. NNE winds might get up to 15 knots during the day, so it’s gonna stay on the less-than-clean side. The big tide will finish it off after 4pm. Check the latest surf forecast to see how the next few days are shaping up. 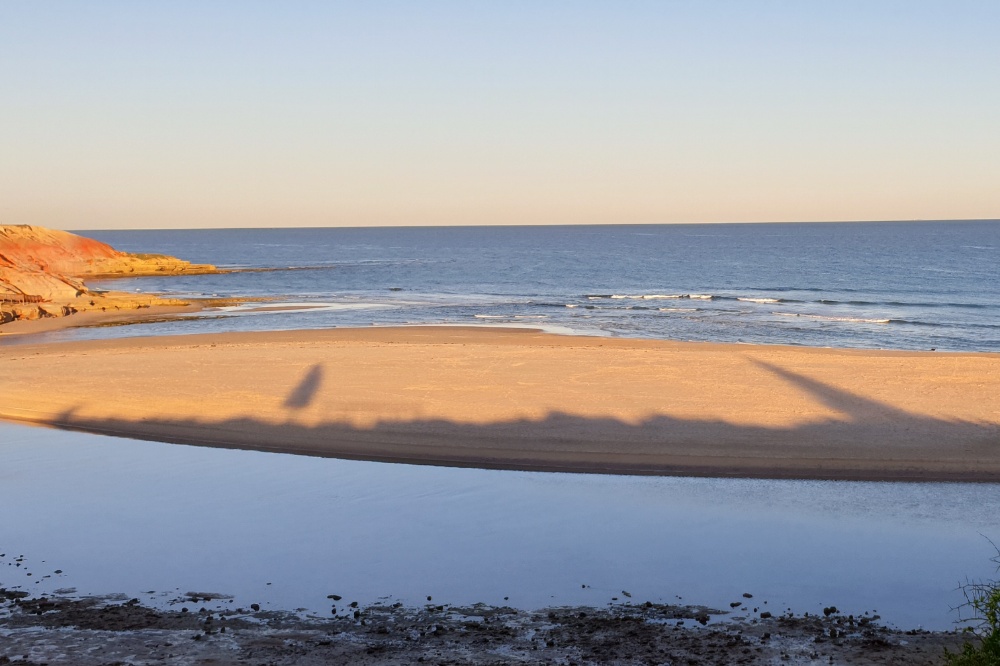 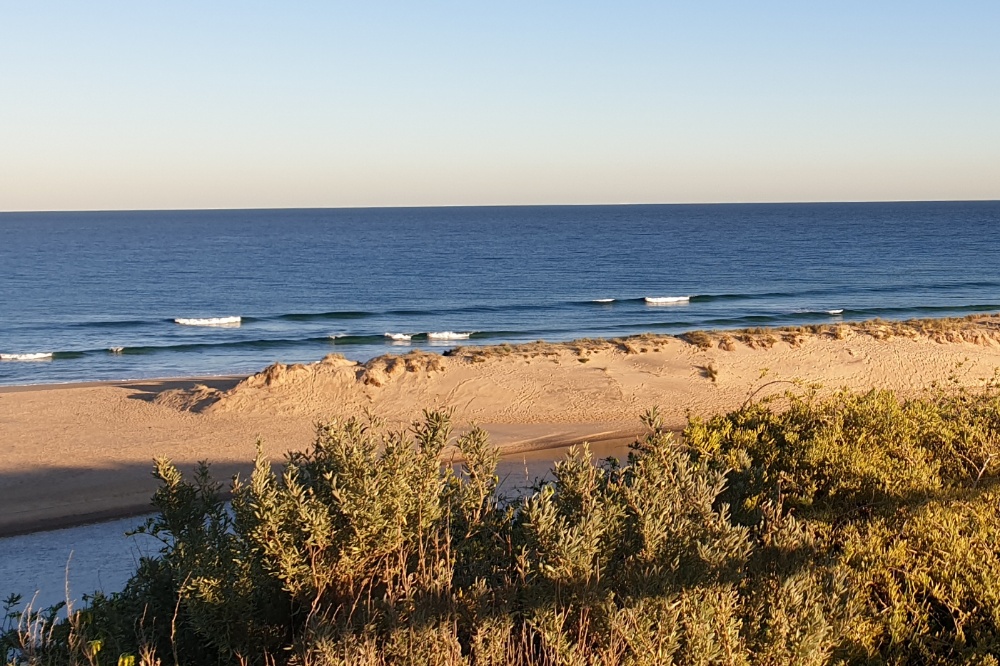 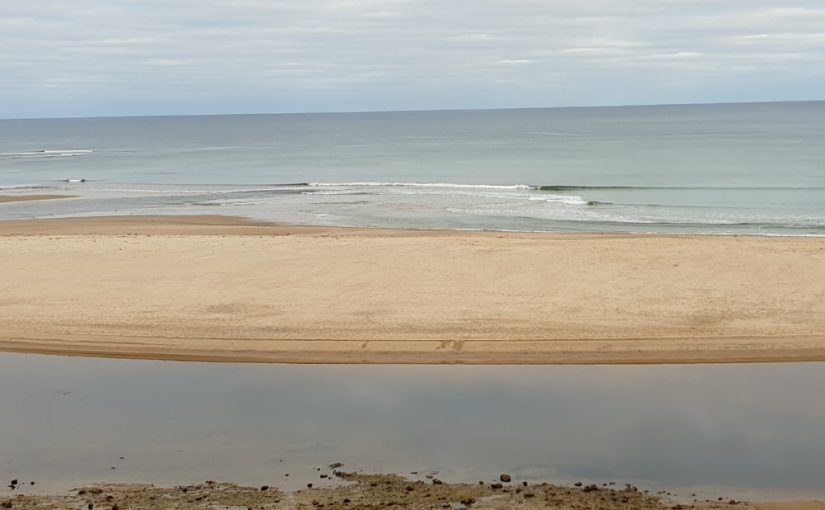 Conditions are clean and glassy on the Mid Coast early with light offshore East winds, but again only small lines of swell getting into the gulf. Surf is around 1′ and the tide is heading out, with low tide just before 11am. The bottom of the tide will favor Trigs and the beach breaks, but you’ll need plenty of foam to pick up the small peelers. The incoming tide might offer a short-lived pulse after midday, but it will fill up quickly. The wind should stay light and E-NE all day, so seas should remain smooth all day. By 4pm the tide will probably have killed the small swell. Check the latest surf forecast to see how the next few days are shaping up. 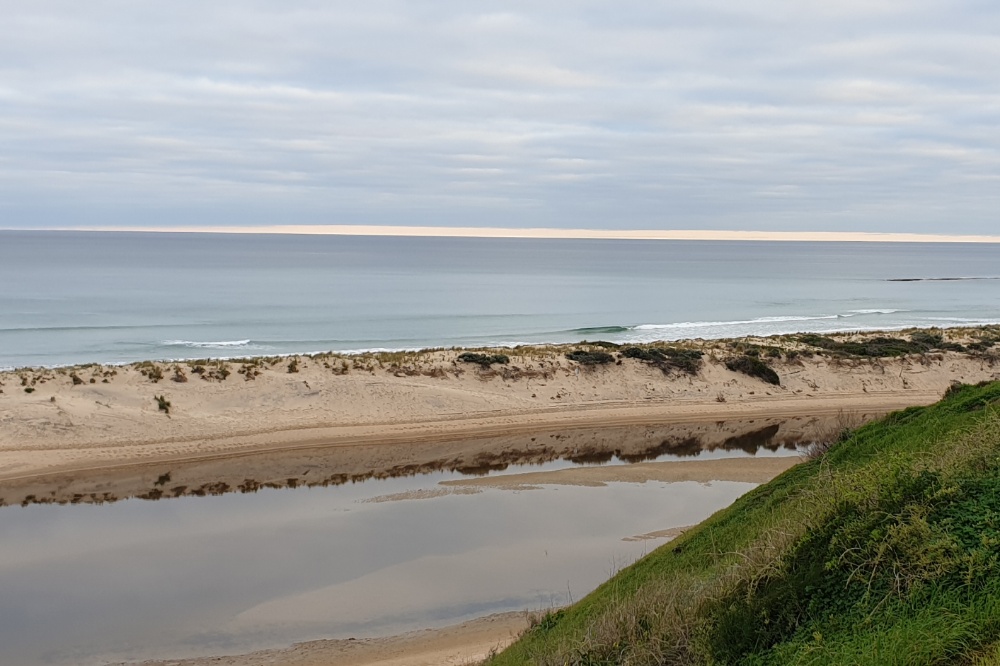 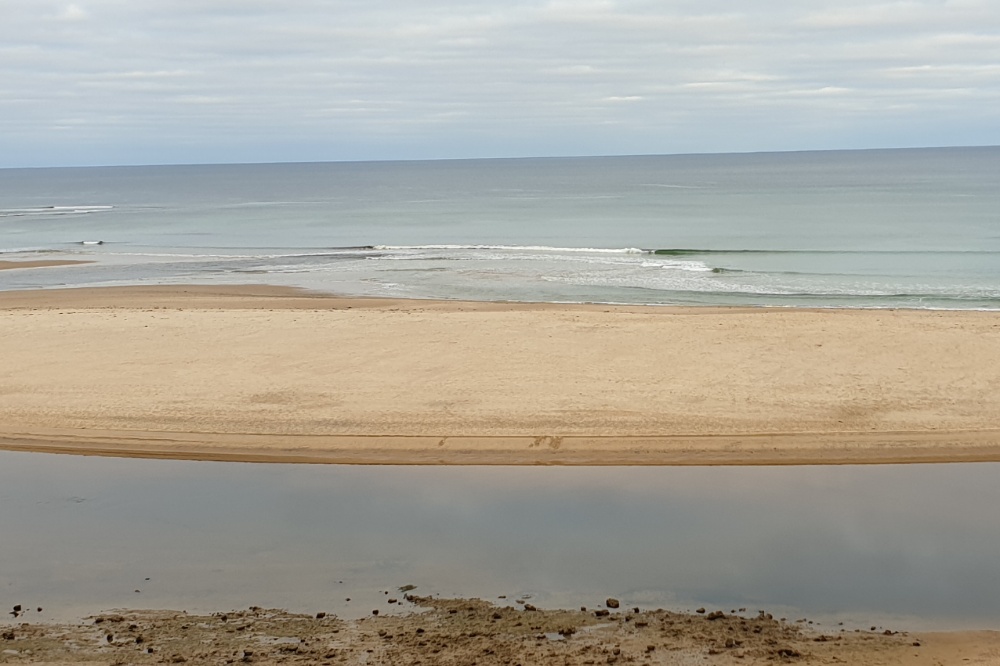 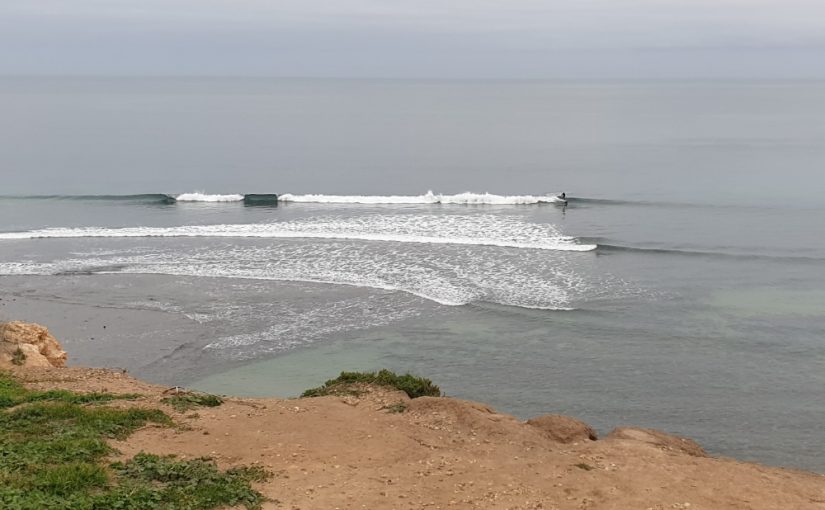 There’s no wind on the Mid Coast early and conditions are clean and glassy with a few small lines of swell. Surf is around 1′ on the reefs and there are rare bigger sets, but it’s less than ideal with the tide halfway out. Low tide is at 1030, so mid-morning the reefs breaks and the Trigs’s will be breaking better. The incoming tide should bring a few more sets to teh other reefs, but it will fill up very fast with a very large high tide at 5pm. Winds look pretty good all day, remaining light and possibly out of the East a lot of the time. There’ll be small, clean waves all day but the high tide will kill it after 4pm. Check the latest surf forecast to see how the next few days are shaping up. 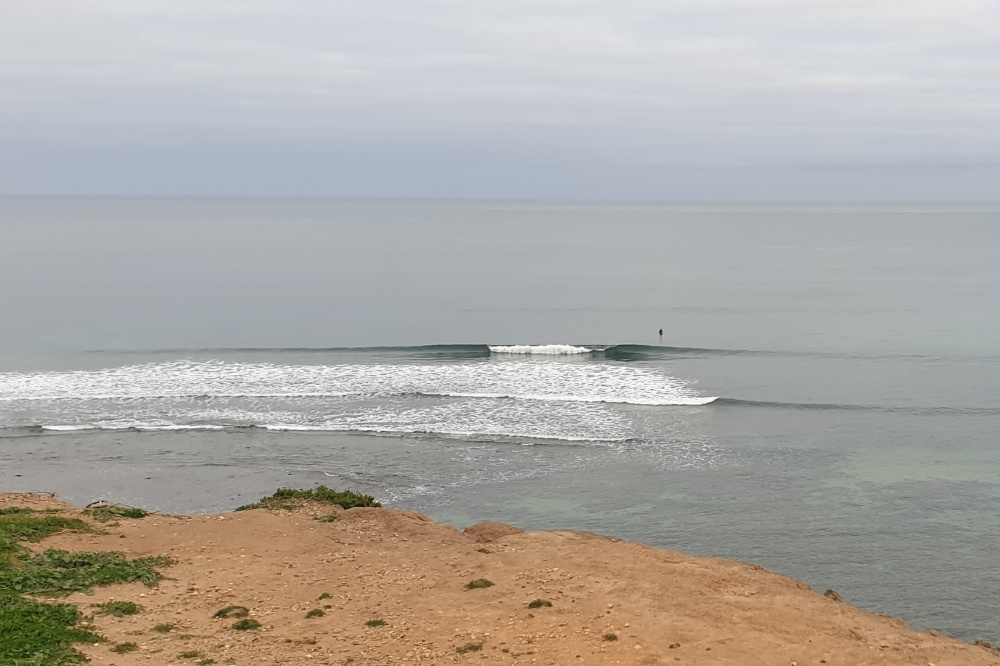 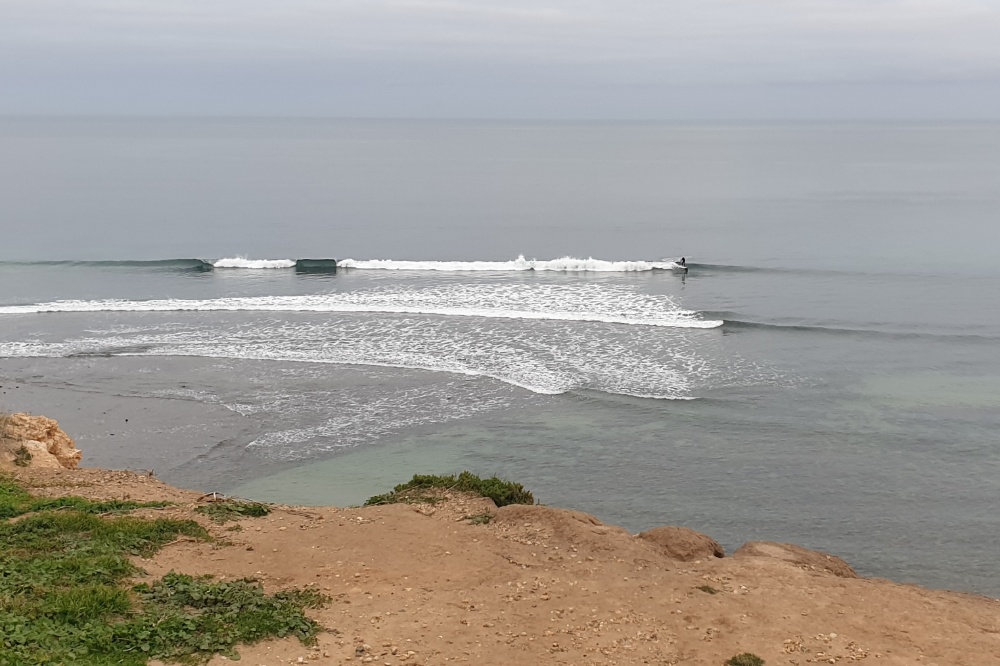 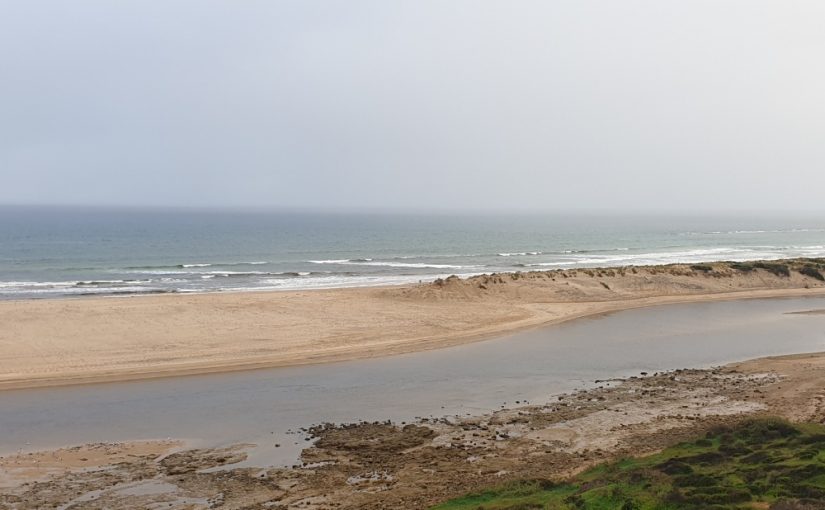 A very light onshore WSW wind is maintaining a few bumps on the Mid Coast this morning, sashing hopes of a full-moon pre-dawn session. There are small lines of swell and waves around 1′, but it’s really not too flash. The tide is running out to a low at 10am, then it comes in to a very large peak at 4pm. The dropping swell trend should reverse after lunch, and there’s a chance wave heights will lift as the tide pushes back in. It’s not gonna pump exactly, but there may be the occasional waist high set. Winds should remain light all day, possibly NW late arvo. Most spot s will struggle to break after 3pm coming up to high tide. Check the new surf forecast to see how the next few days are shaping up. 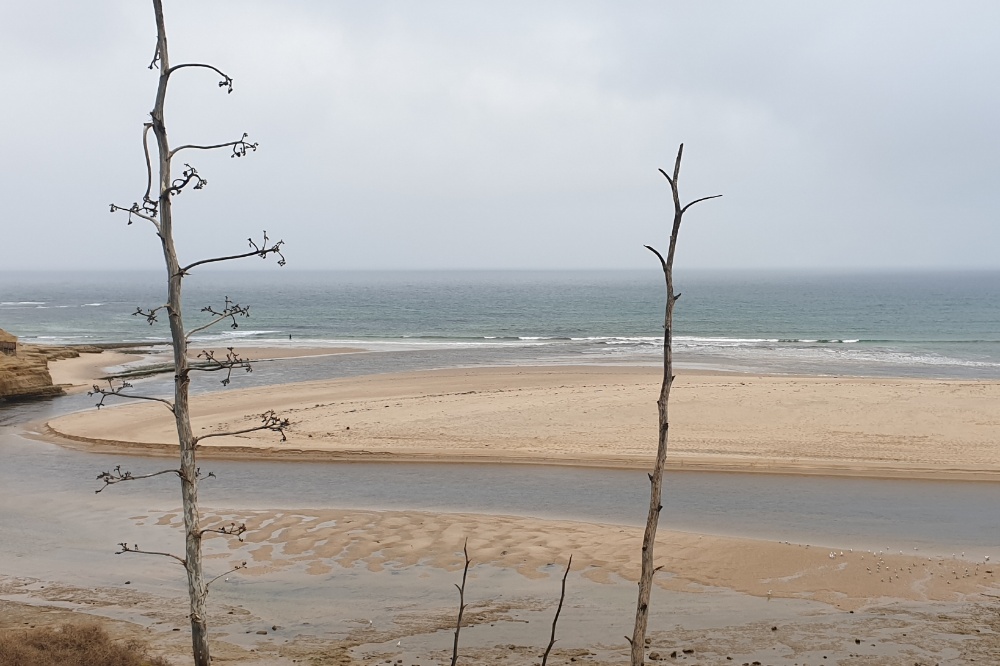 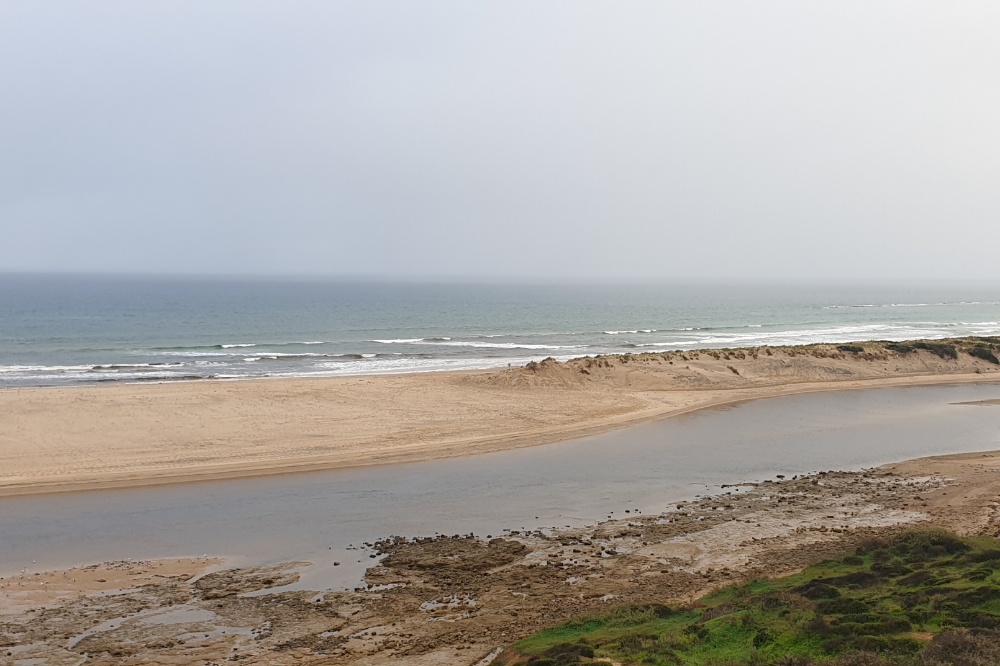 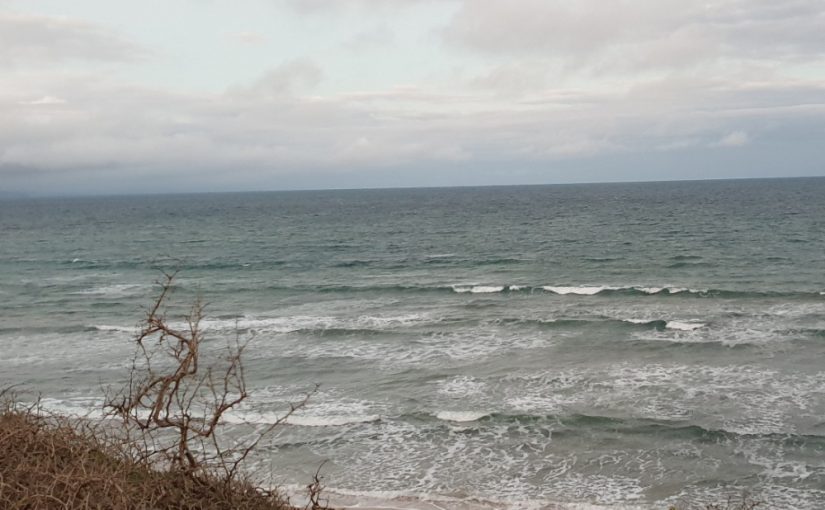 A shower just rolled through on the Mid Coast, but the wind has almost dropped right out and it’s just a puff from the South early. There’s some leftover swell and lumpy 1′ waves, with the tide heading out until 0930. The low tide will probably favour the beach breaks and Trigs mid-morning, but hopefully the other reef breaks will get some sort of lift as the tide starts pushing back in after 1030. The wind will probably pick up again from the SW, but it doesn’t look like it’ll blow much harder than 15 knots. It should be almost a Southerly by evening. High tide is a biggie, and by 2pm it will already be very full along the coast. There will be some sort of lumpy wave most of the day. Check the updated surf forecast to see how the next few days are shaping up. 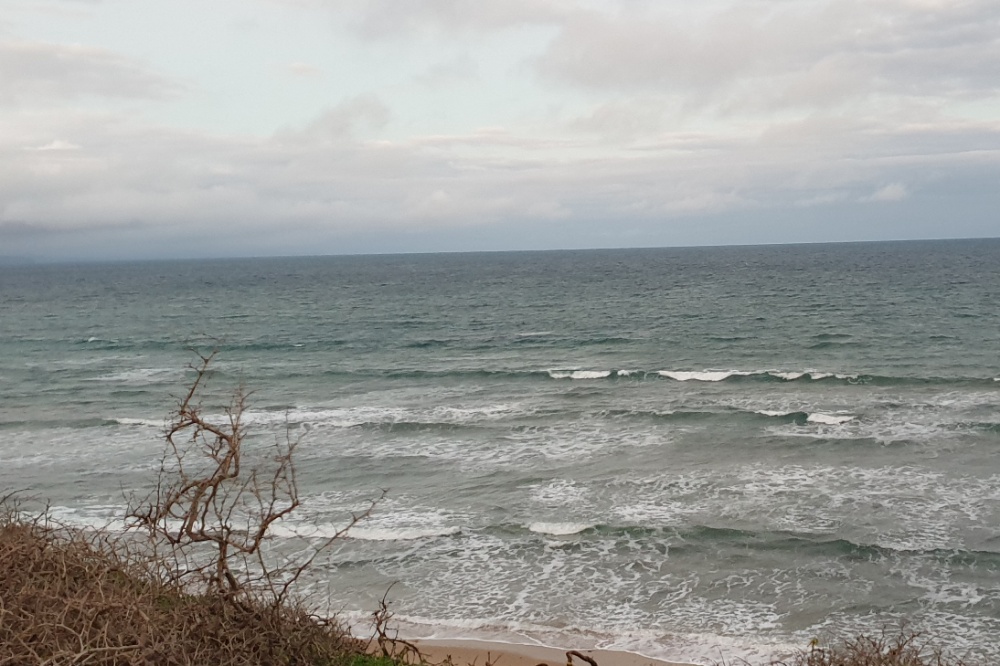 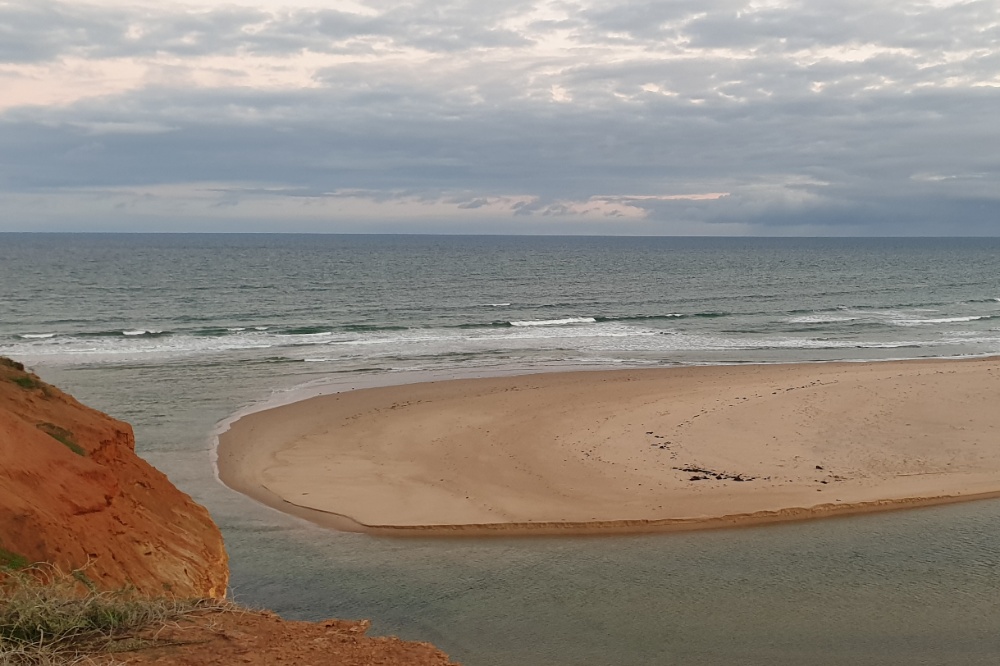 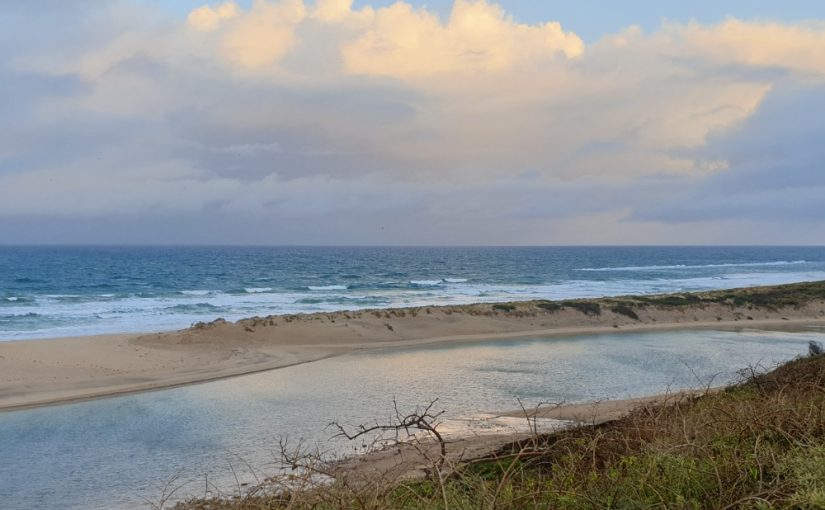 It’s wet and windy on the Mid Coast early with a gusty Nor-wester and more rain. Conditions are bumpy thanks to the wind, but the swell is still big enough for a few 2 – 3′ waves. The tide is low at 0844 this morning, then it’ll push in until 3:20pm. The high tide will be a biggie with the storm surge behind it, so it’ll be getting pretty full after 3pm. The Bureau predicts the wind will swing W-SW, then SW-S after lunch at 20 knots or so. Surf will remain in the 2 – 3′ range all day, but quality will remain poor. Par sheltered spots might get you out of the Southerly late arvo. Check the surf forecast for the outlook heading into the weekend. Will update it later. 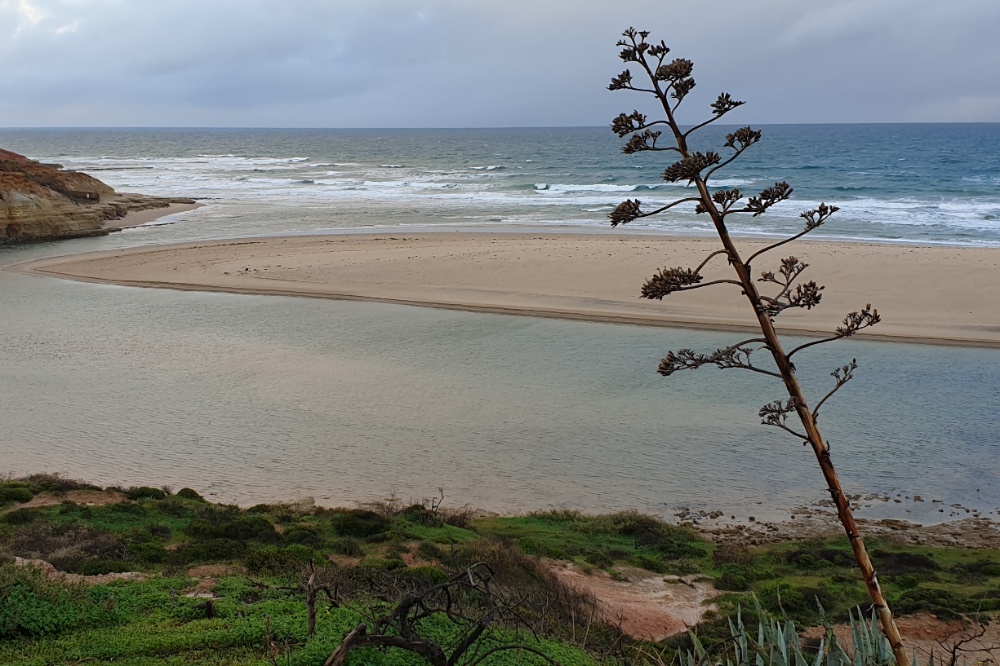 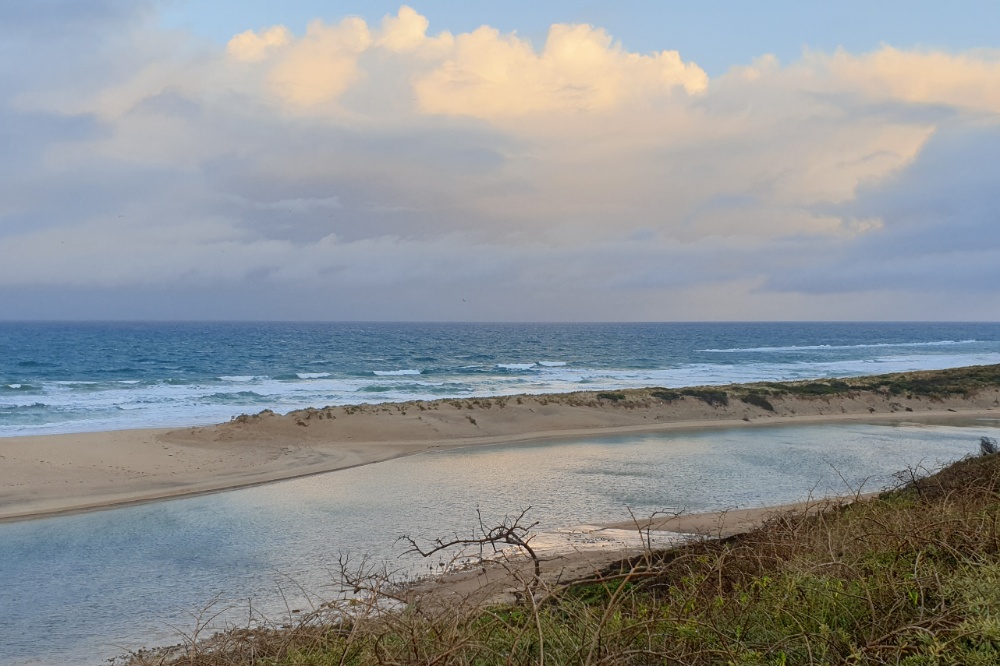 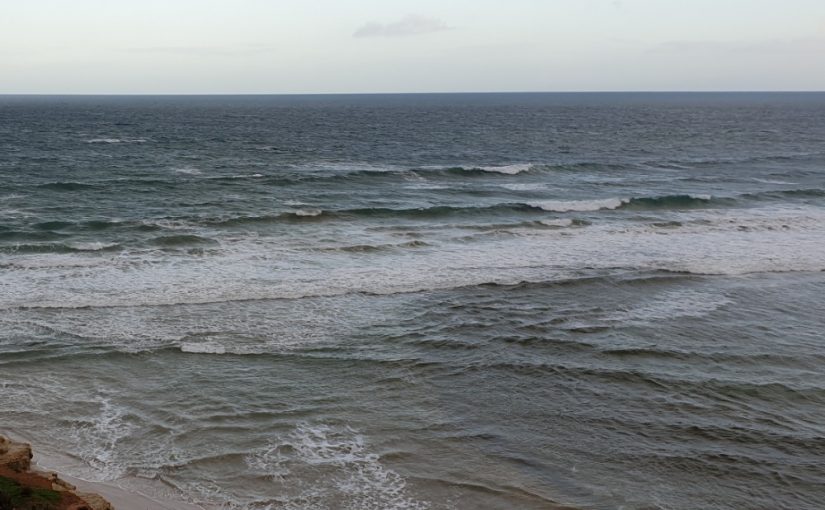 The wind is back to around 10 – 15 knots on the Mid Coast and dead onshore from the West early. There’s a solid WSW swell pushing into the gulf this morning, and waves are bumpy 2 – 3′ at most spots,  and there are rare bigger sets now and then. The tide bottoms out at 0745, then it’s coming in until 2:30pm. The swell will have some surge behind it so the high tide will be bigger than predicted, and even after 1pm it’ll get pretty full. The wind will stay out of the West, but it’s expected to get much over 15 knots from now on. Occasional squalls may bring stronger gusts in between. The swell will probably lift on the incoming tide, and there may  be waves at sheltered spots this morning. Get out and go for a drive if you can, a few interesting options might light up today. Outlook for the rest of the week is in the latest surf forecast. 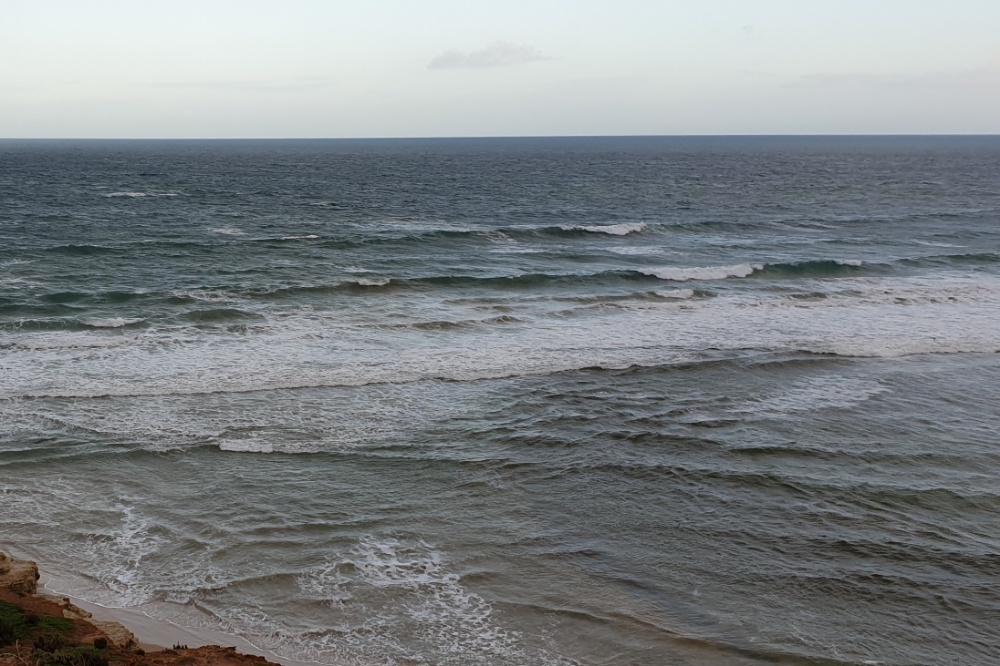 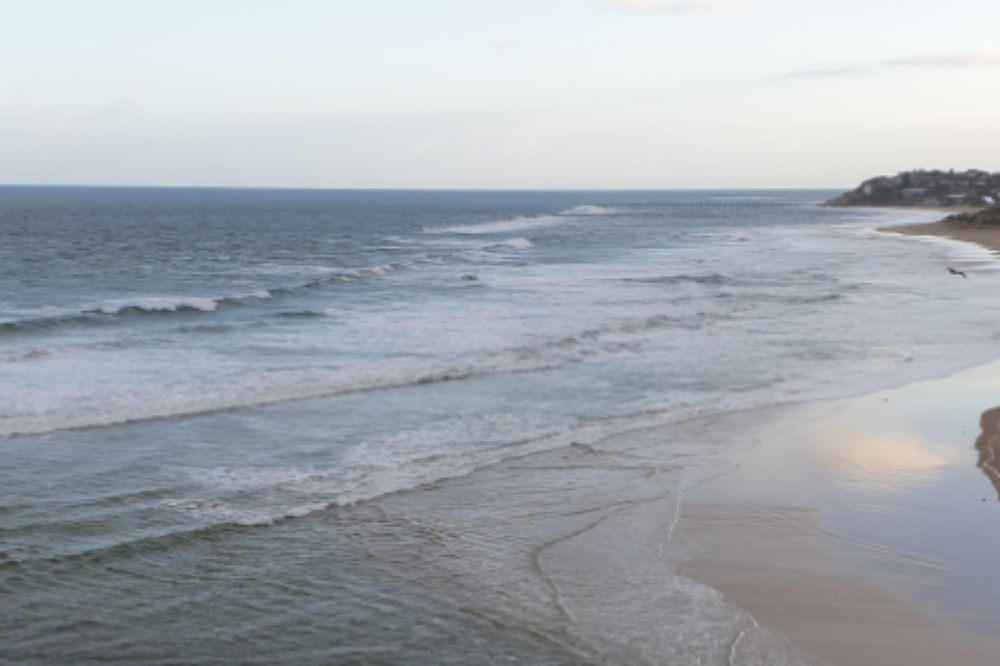 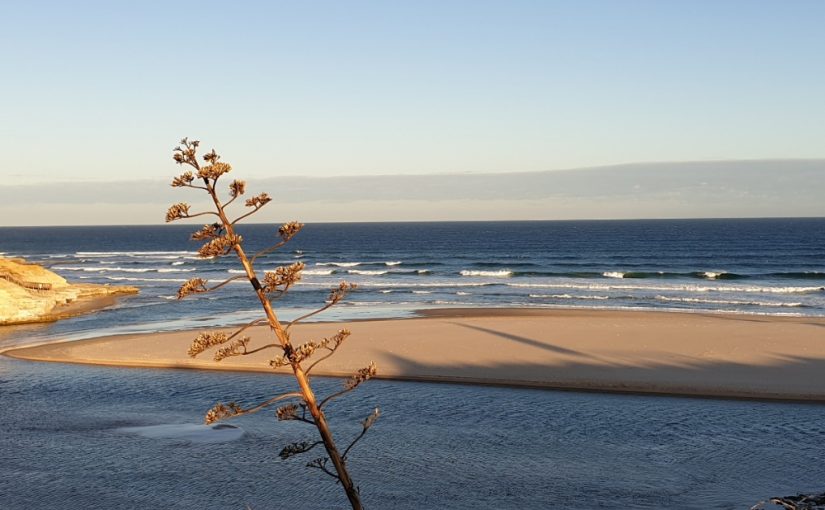 Some new WSW swell has found its way into the gulf overnight, but North winds are into it early, adding bumps. Surf is around 1 – 2′ with occasional bigger sets at selected spots. The tide is slowly coming in all morning, peaking at 1:15pm, then heading out until after dark. The swell should build all day but by mid-morning the wind will be 20 knots or more, and tend more NW after lunch with stronger gusts. There’s also probably some rain on the way. Moana Nth might be worth a paddle mid arvo, but the day is mostly a benefit gig for the kite and wind crew. Outlook for the rest of the week is in the latest surf forecast. 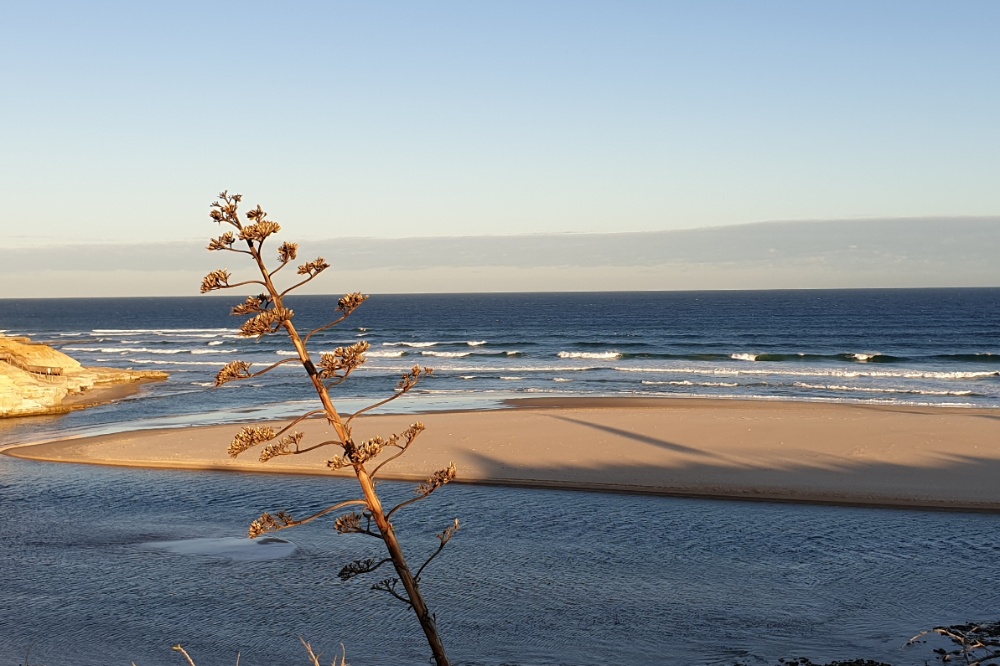 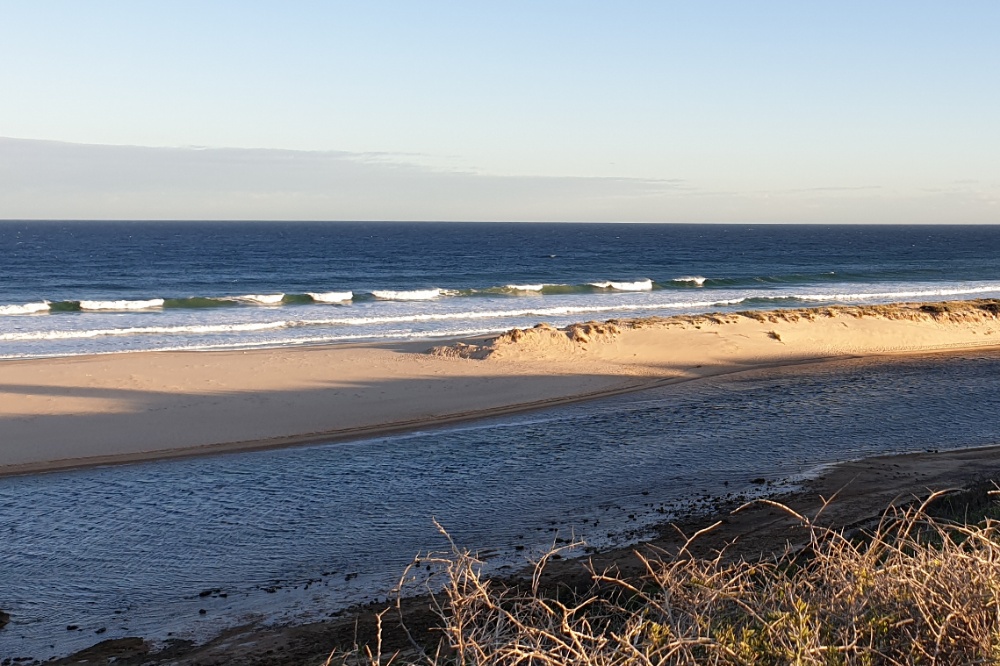