First up, let me apologise for the unusually long time between forecasts… it’s been rather a hectic week at the office.  But I have something special for you this week.

Behold my Metnerd™ brethren and sistren… a cutoff low! In all its glory!

This bad boy is almost a textbook example, complete with a West coast trough, an upper-level trough, and an East coast trough developing early next week.  A “witches wind” has howled across the Fleurieu all day today, and the gusts from the ESE have been over 30 knots at times.  It’s blown what was left of the small Mid Coast swell over to Ardrossan, and the same strong Easterly has made a mess on the South Coast.  So you may well wonder… what does it all mean for surf over the next few days? 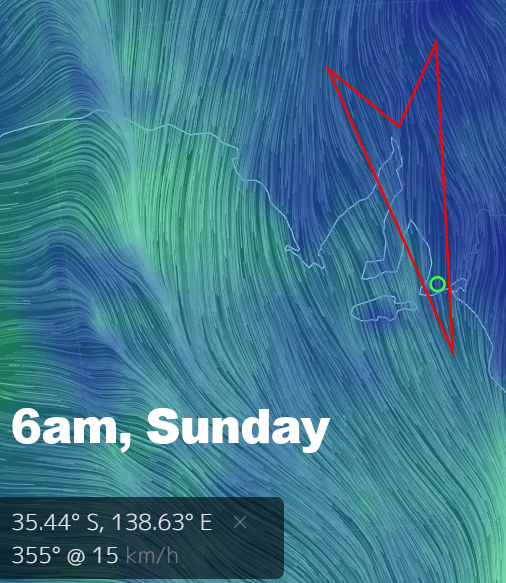 The South Coast absolutely pumped earlier this week, and your best shot for clean waves again at this stage looks like Sunday… but I’ll get to that in a tick.

That gully wind will howl all night tonight, and back off slightly on Friday morning. It’ll still be enough to keep the Mid Coast completely flat, and west facing coast over at Yorkes will be small and blown out as well. The wind overnight will leave the South Coast very messy, with 3 – 4′ lumpy conditions between Middleton and Goolwa. Parson’s Point will be nicely sheltered early Friday, and probably solid. Should be Easterly at 15 – 17 knots early Friday.

Saturday is looking a bit cray-cray. The weather is looking super unstable as the cut-off low takes effect, the East wind may gust over 30 knots again and it’s probably gonna come with rain and storms. You probably won’t be too worried about surfing anyway – the Mid Coast will again be blown flat by the tind, and the South Coast will be, well, diabolical. It’s a shame, because a new SW swell should lift Middleton from 3 – 4′ in the morning to 5′ or so by late arvo. It’s looking a lot like a roof rippin’, tree upending sorta day, so stay safe.

That long-awaited Northerly will finally arrive on Sunday, but it’ll gain strength not long after sunrise. Pre-dawn it should be around 10 – 15 knots, the South Coast will have plenty of leftover lumps to iron out but it should straighten up during the morning. There may be a few 4 – 5′ sets at Middleton, but the swell will have peaked and should ease after lunch. It’ll probably be blown out by 25 knot offshores by then. The Mid Coast will be bumpy from the Northerlies, and flat again. South Coast breaks over at Yorkes will be the best option, but they’re looking pretty big on Sunday – 6′ or more. 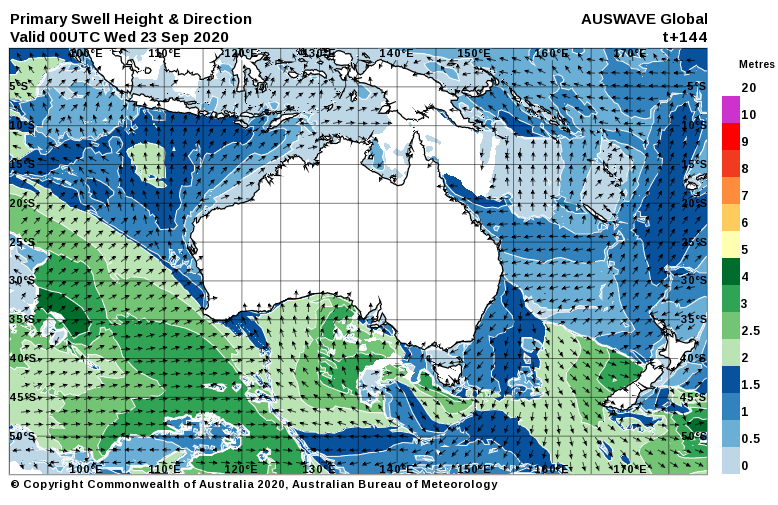 The working week will open to a gusty Nor-wester, probably 35 knots Monday morning shifting stong Westerly after lunch ahead of a gusty change in the evening. Surf will probably be back to 2′ at Middleton and it’ll be blown to bits between Dribs Point and Goolwatu.  The Mid Coast will have chopped up 1′ waves in the morning, but a new WSW swell should lift it to 3′ by evening. I can think of somewhere three hours away that might like that scenario.

The front will roll through Monday night and the wind will go ’round to a strong Westerly early on Tuesday. The Mid should produce a building stormy that will run on into Wednesday, when the wind will swing more WSW at 27 knots. It’s hard to say if sheltered spots in the gulf and metro beaches will have surf, but it’s a possibility Tuesday arvo / Wednesday morning. A big SSW swell will also pound the South Coast, and the Middleton – Goolwa stretch will probably in the 6′ range. Sheltered spots will be worth a look on Wednesday, and ye olde Dumpe will definitely have something. Conditions will start to moderate later on Wednesday.

Thursday looks like it’ll dawn to a SW wind in the 15 knot range,  and a solid SSW swell should keep wave heights on the South Coast in the 6’+ range. With easing  SW winds, there might be some interesting options – especially sheltered ones. The swell will fade on the Mid Coast, and with the onshore wind it’s looking like choppy 1′ surf is all that’ll be on offer.

Gazing deeper into the crystal ball, a new WSW swell is lining up around Friday-ish, but there’s some whacky weather to get past first. Let’s see how that looks next week.