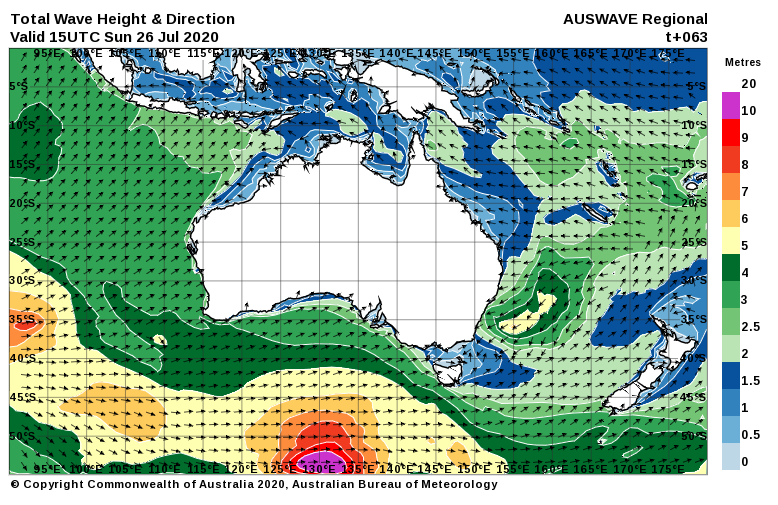 Geez, this last week would have to restore your faith in Southoz winter, wouldn’t it?

The South Coast has been clean and offshore for about 10 days straight, and not flat even once… even the dear old Mid Coast has had small waves almost every day up until today. Yorkes has been positively dreamy day after day,  and those smug West-coaters have been pretty… well… smug.

You might well think we are long overdue for it to all turn ugly… but you’d be wrong.

Another big HIGH will drift into SA over the weekend, and that means more nice, fine weather… and very light winds.  Some new WSW swell is sneaking across the state as I type, and it looks like it’ll deliver fresh swell to west-facing breaks over at Yorks early tomorrow. It will even bring a few 1 – 2′ waves to the Mid Coast if we’re lucky.  The models indicate light E-NE winds so expect glassy conditions early tomorrow over the Fleurieu and Yorke Peninsulas. The swell won’t be perfectly aimed down South, but there should be glassy 2 – 3′ waves at Middleton early on Saturday with winds probably NE at 3 knots.

Light winds will roll into Sunday, winds will be a puff from the North early, tending light W-SW after lunch, and possibly SE by late arvo.  Surf on the Mid Coast will stay in the 1 – 2′ range, and the swell should lift by a foot or so down South to 3 – 4′ at Middleton. It’ll be as clean as it gets early Sunday. Yay.

The breeze will kick around to the South as the front clips the lower half of SA early Monday, SSW at 5 knots early in the morning then SE at 10 – 12 knots by mid arvo. The light onshores will take the gloss off on the South Coast, but there may be a couple of opportunities on the Mid where a topped up WSW swell should deliver a few 2′ waves. 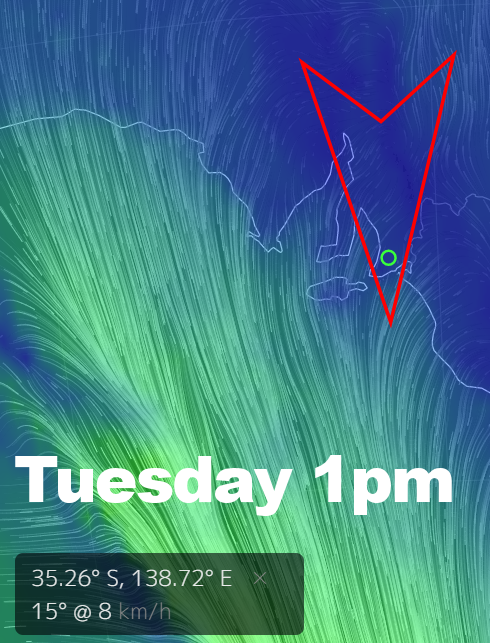 A light Northerly will resume on Tuesday, and the Mid Coast should remain in the 2′ range with light bumps from the wind. South looks great again, 3 – 4′ at Middleton, lined up and clean. The south coast of Innes NP looks clean and solid too, as do a few spots to the North you might know of.

The wind will shift more to the West on Wednesday, 10 – 12 knots in the morning and 15 knots WSW after lunch. The Mid Coast will have bumpy 1 – 2′ waves, but a new WSW swell should lift wave heights after lunch. Middleton will be in the 3′ range and fairly clean in the morning, but the light cross-onshore may add bumps later.

A 20 knot sou-wester looks like arriving on Thursday, and wave heights should lift possibly to 2 – 3′ on the Mid Coast. Unfortunately, it will most likely be wind affected.  Middleton Bay will probably be your best bet down South, part-sheltered with surf in the 3′ range.

The breeze looks like it’ll tend more Southerly toward the end of the week, and the run of swell should continue with 2′ surf on the Mid Coast and 4 – 5′ waves on the South Coast… with onshore winds.

Another solid W-SW swell appears to be lining up late Thursday. More on that situation next week…