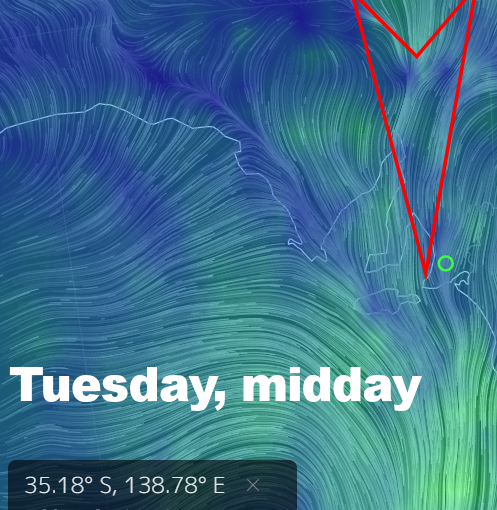 Remember around about this time last week I was banging on about West Coast troughs and cut-off lows, and the weather was kinda nice and sunny? Fast-forward to today when Mid-North towns have experienced snow-covered main streets, and many parts of Southoz have struggled to reach maximum temperatures in the double digits. Even as I’m typing it’s just started raining again… and seems like it has been for days. The surf has been alright on the South Coast at least.

Depending on your viewpoint, we are past the worst of it, and as we head into the first weekend of the dreaded school holidays the weather is looking more pleasant.

The breeze will swing ENE overnight and it’ll be very light early on Sunday morning.  There won’t be much swell left on the Mid Coast, maybe a few 1′ Mally waves on the reefs that can handle a big morning tide. Conditions should be glassy on the South Coast early but there will be some leftover lump in the swell. Surf should be 3 – 4′ at Middleton in the morning, easing after lunch. Yorkes will be glassy and west-facing breaks will be clean all day – albeit with fading swell. 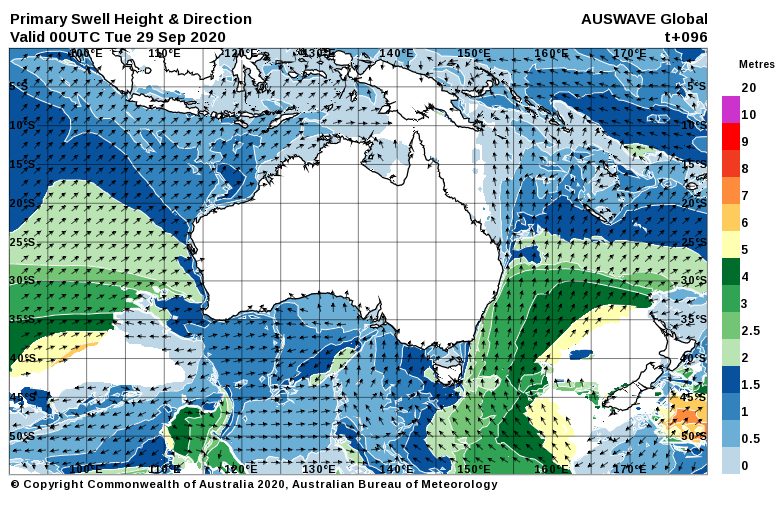 The ENE wind will pick up on Monday morning, and the Mid Coast will be clean – but pretty much flat. The 15 knot cross-offshore wind will add some lumps along the South Coast, but a more Southerly swell direction should see surf in the 3 – 4′ range at Middleton.  There might be spots west of Victor worth checking with that swell and that wind.

On Tuesday we’ll finally get back to a Northerly air stream, and the South Coast will be clean in the morning. The breeze should be around 10 – 15 knots at dawn, but it will build during the morning to 22 knots by the looks. Surf should remain in the 3′ range at Middleton, and it’s probably the cleanest day in the forecast period on the South Coast. The Northerly will add bumps on the Mid Coast, but don’t worry…  it’ll be flat. 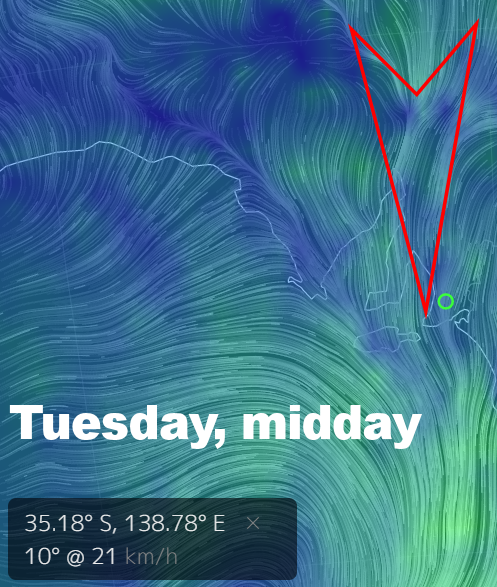 The wind will have more West in it on Wednesday, 10 – 15 knots early and building to 20 knots later. The cross-offshore wind will be OK down South, but the swell is looking small and Middleton will probably only have surf around 1′.  The Mid Coast will be flat and bumpy.

Thursday will dawn to a fresh WSW wind around 25 knots, and a building swell on the Mid Coast. It’ll be messy with surf around 2′, building a bit after lunch. The South Coast will be slightly wind effected and probably blown out anywhere exposed – but not big enough for anywhere sheltered to break. Middleton is looking in the 2′ range.

A SW change will create bumpy conditions over the Fleurieu and Yorke Peninsulas on Friday, but the Mid Coast might conjure a stormy similar to yesterday ( Thursday ).

It’s looking hit-miss for the long weekend at this stage, but given how unpredictable the weather is at the moment, you never know what might happen. I’ll have more on that next week, once the picture is clearer.