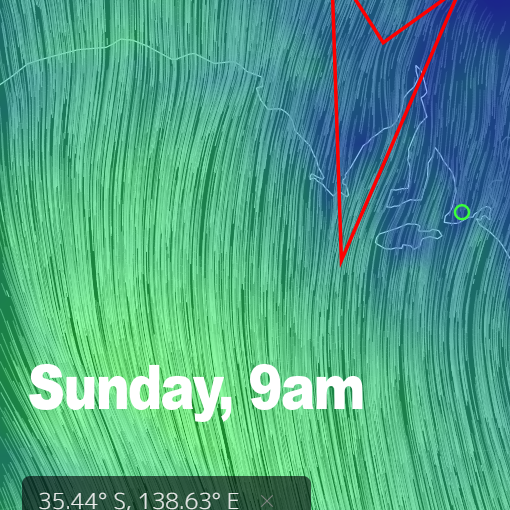 Spring had finally sprung and Southoz has signed off on a hit-miss sorta end to August, but will the first week of September spawn a monster? Let’s take a look at the charts, because they are still interesting.

A large HIGH is cruising into Southoz this evening,  and that’s why the wind has dropped this afternoon. Early on Saturday the breeze will shift to the  WNW, probably around 5 knots in the morning. The Mid Coast will be on the lumpy side but there should be a few 2′ waves with a high tide around 6am.  The cross-shore winds will mean the South Coast is fairly clean all day, probably better in the morning with WNW winds shifting WSW at 7 knots later. Middleton should be in the 3 – 4′ range, so The Bay / Point will be alright on Saturday.

Alight Nor-easter will kick in early Sunday, and the South Coast should be nice and clean all day. The swell will wind back a bit but Middleton should remain in the 2 – 3′ range, with more size around at Waits and Parson’s. The wind probably won’t get much over 10- 15 knots after lunch, and it’ll stay offshore all day. The Mid Coast might have some cleanish waves early on Sunday, around 1 – 2′ but dropping out with the tide during the morning. Father’s day is the pick of the next week for the South Coast, so call in that favour for Sunday morning pops. 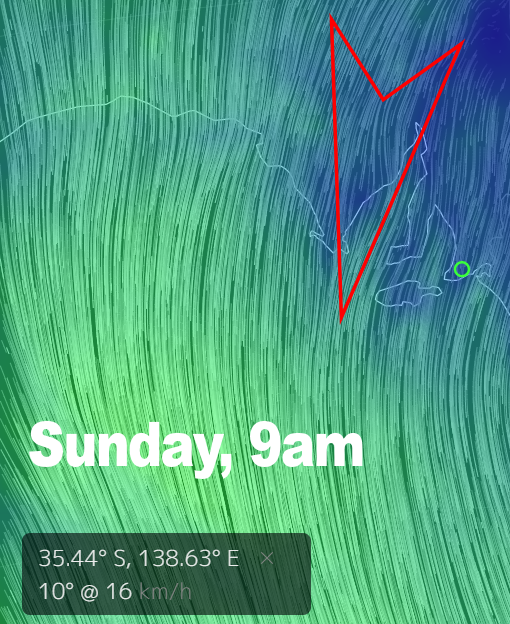 A fresh Northerly will arrive for the start of the working week,  the Mid Coast will be bumpy and probably back to 1′ or so… plus 1′ of wind swell early on Monday.  There might be an early window on the South Coast, but strong offshore North winds look like blowing it out by mid-morning.  Surf will be around 1 – 2′ at Middleton.

A trough will move through SA Monday night, and early Tuesday the winds should be around to the South and light.  There’ll be leftover bumps on the Mid Coast, but there should be a few 2′ waves in the morning. The swell looks like it’ll build on the incoming tide after lunch, but light South winds will add some lumpiness. It’ll be light onshore and bumpy on the South Coast all day, surf will be around 2 – 3′ at Middleton in the morning, but possibly bigger by late arvo. 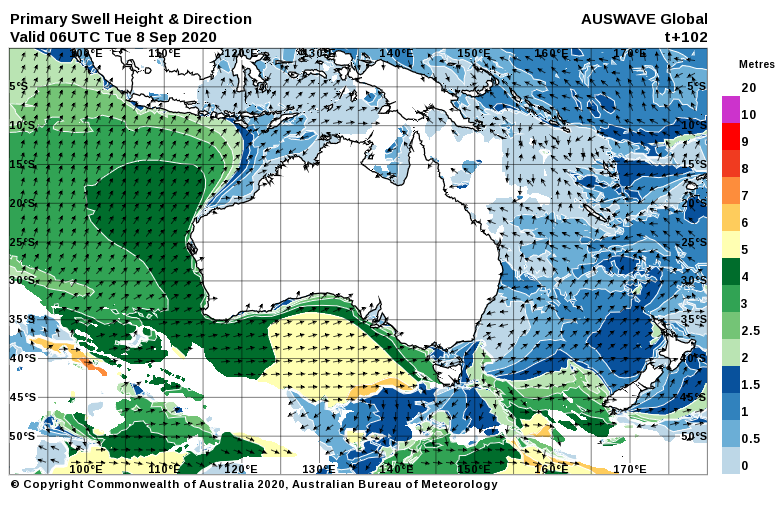 After Tuesday we’ll go into a more springy weather pattern again, with ESE winds early on Wednesday tending SE at 15 knots after lunch. There should be some clean 2′ waves on the Mid Coast when the tide plays nicely, Middleton should be around 3′ but the wind will add lumps to the swell. Wednesday – Friday is the pick of it for an early spring Yorkes trip.

The wind will be out of the East at around 10 knots all day on Thursday, the Mid Coast will be clean and a nice WSW swell should maintain surf in the 1 – 2′ range all day.  The Easterly will add lumps on the South Coast, Middleton should be around 2′ but Parson’s will be cleaner and a foot bigger.

The wind will swing NE on Friday by the looks, and most of the Fleurieu will have small waves around 1′. Ths Mid Coast should lift later with a new swell… but more on that next week.