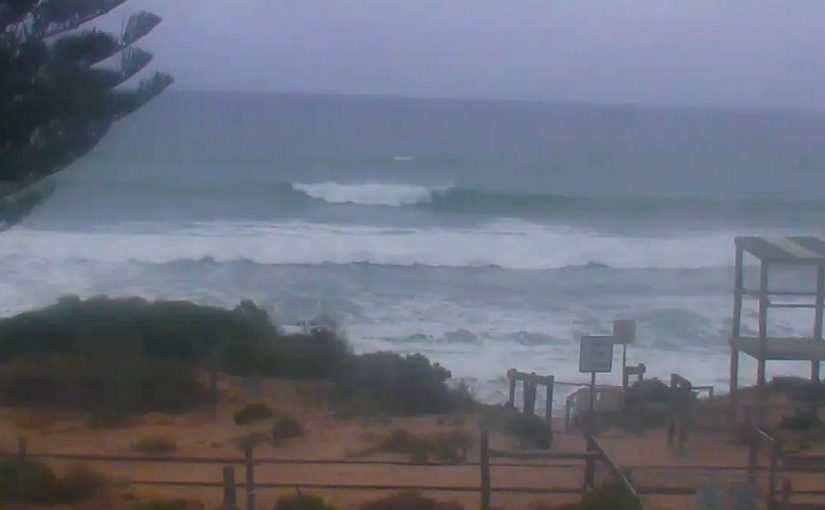 A large, Southerly swell is thumping in on the south Coast this morning, but 15 knot Westerly winds are adding a few bumps. Surf is 5 – 6′ between Middleton and Goolwa, and there are occasional rollers breaking well over 500m out to sea. It’s pretty solid between Victor and Port Elliot and lining up a bit better, with 6′ sets hitting Chiton / Gap and a few bombs rolling through at a certain swell magnet. The Dump is around 3 – 4′ and semi-clean . The breeze will swing more onshore SW and pick up to 20 knots plus later, so options will be less the later you leave it. The swell will also ease off after lunch, so right now is probably the biggest and cleanest it’ll be all day. There is actually more of this coming during the week – check the surf forecast for more info. Shred factor 6/10 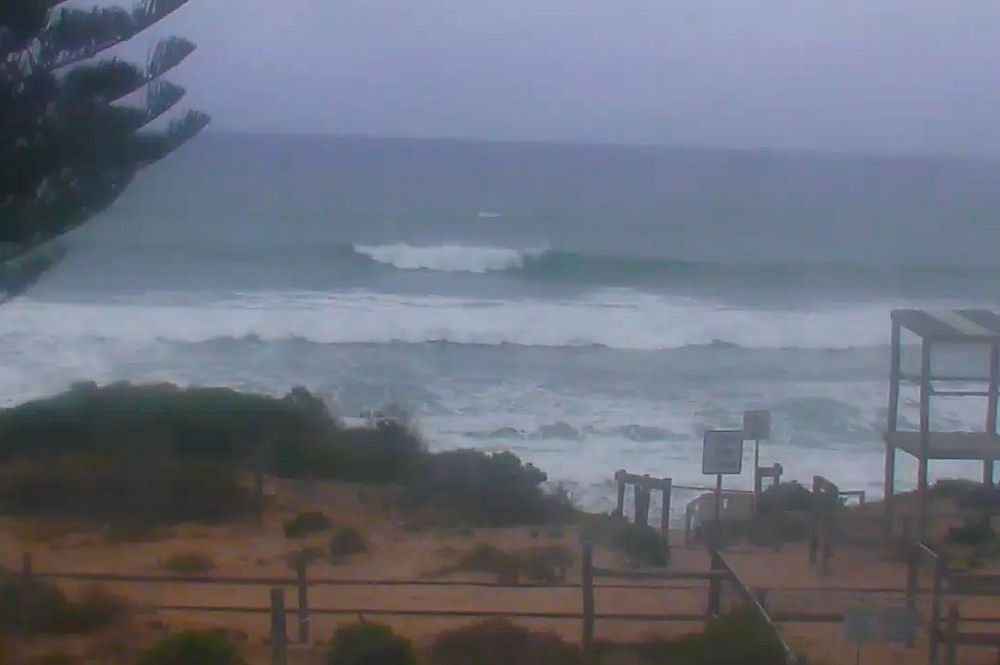 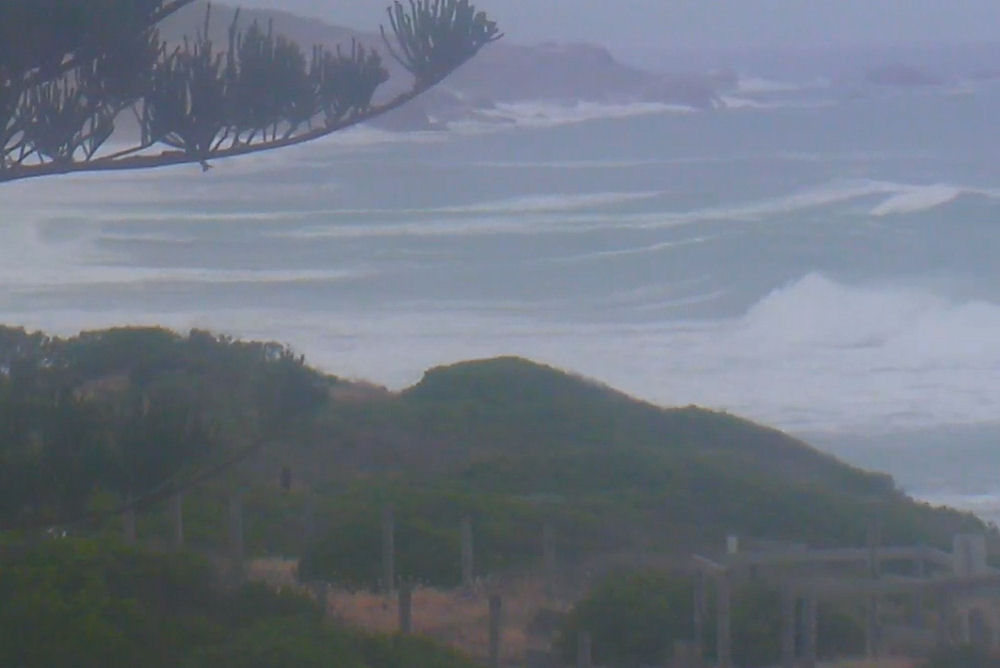