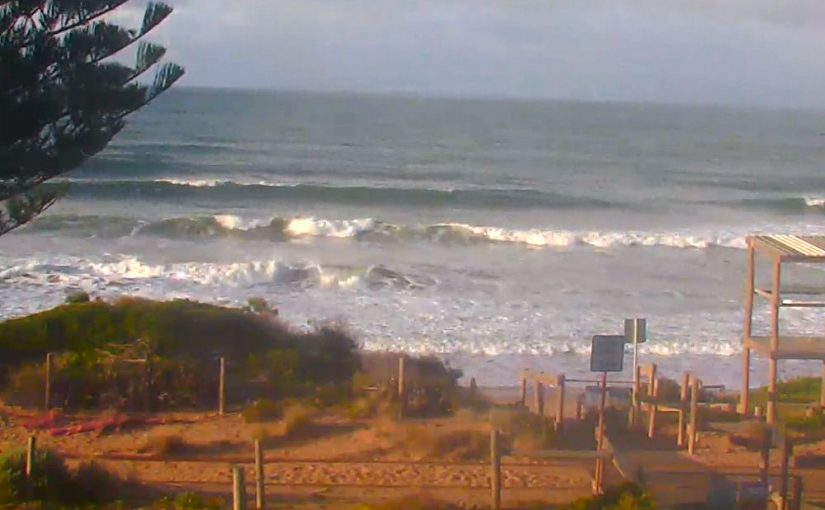 Cross-onshore WSW winds around 20 knots are creating bumpy conditions on the South Coast this morning, but the swell is bigger. Surf has picked up to 3 – 4′ at Middleton, and there a few bigger sets breaking down toward Cliffs and Goolwa – but it looks messy. There are occasional 4′ sets hitting the Chiton = Knight’s stretch, and a few smaller waves at The Dump where it’s a bit cleaner. The wind will tend more SW after lunch with possible gusts over 33 knots. The swell will build heading into the weekend, so there’s a chance part-sheltered spots might get enough to break later today. We’ll see. New surf forecast is due tonight. 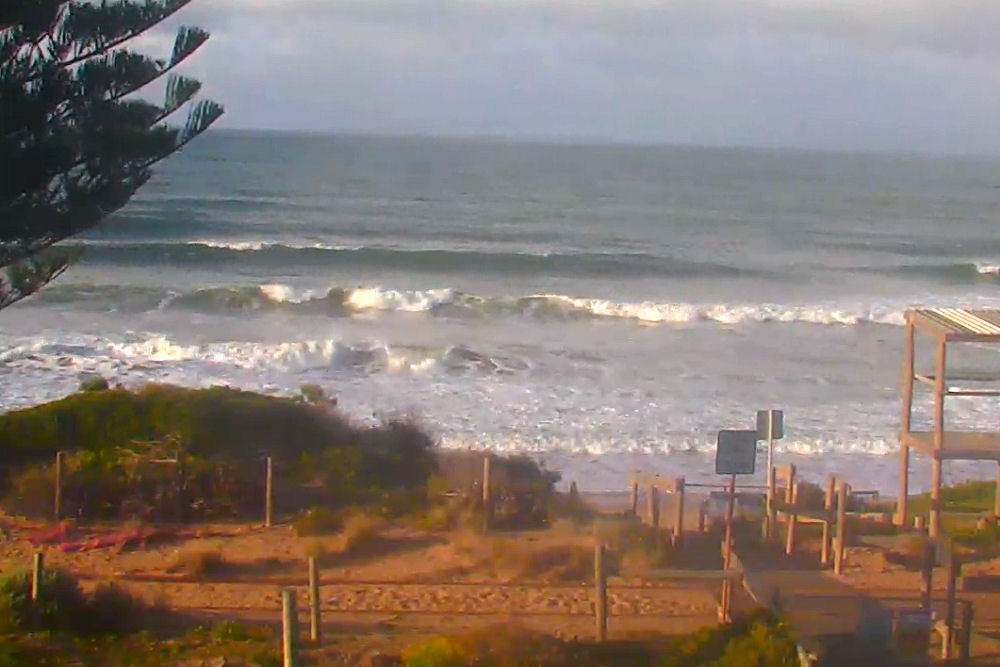 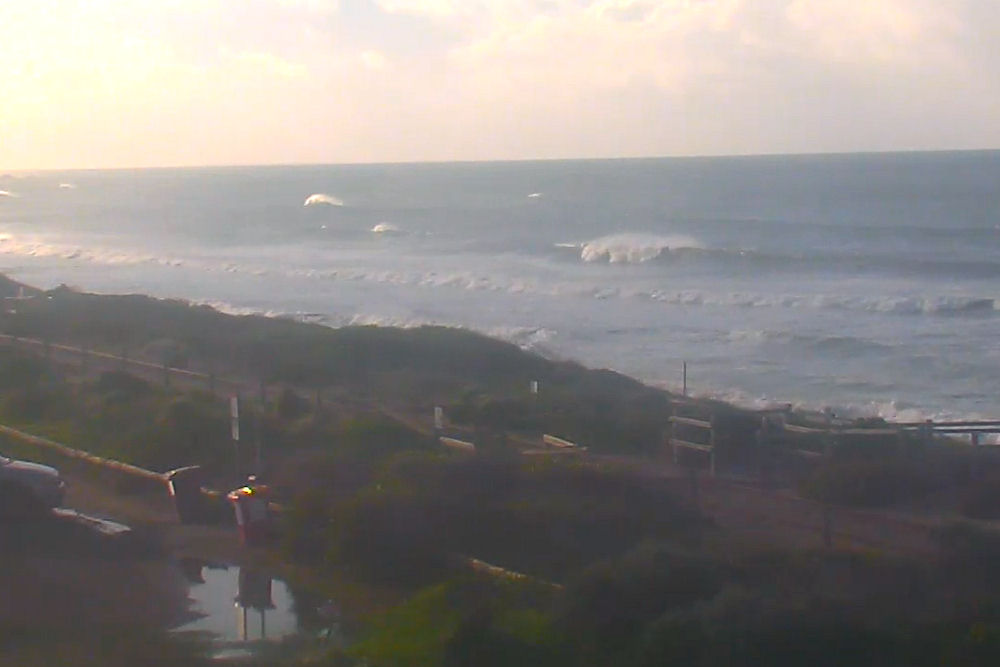